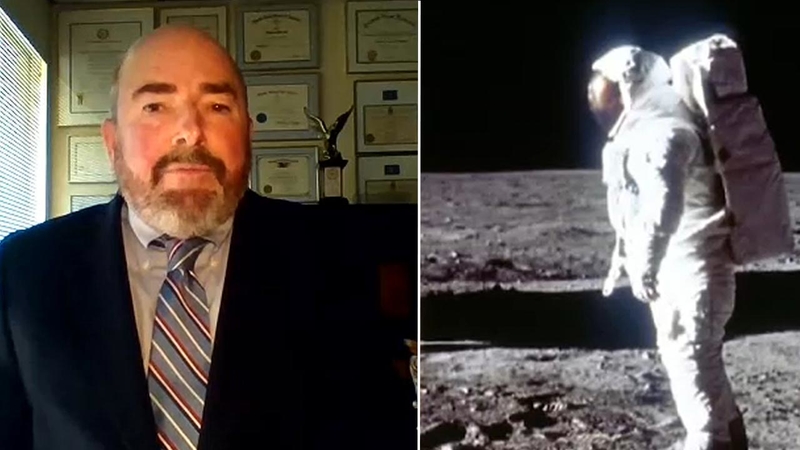 NEW YORK (WABC) -- Saturday marks the 50th anniversary of Apollo 11 astronauts Neil Armstrong and Buzz Aldrin landing on the moon, and during that mission, rock samples were collected for each of the 50 states upon returning to earth.

Joe Gutheinz, a former NASA special agent and now unofficially known as the "moon rock hunter," has been on a quest to make sure the rocks were preserved, but apparently two are missing: New York and Delaware.

Smaller samples were encased in Lucite and put on special commemorative displays, along with flags that went to the moon -- one given to each of the fifty states and 135 countries.

Gutheinz said he's on a mission of his own to find and document all of those state displays as part of the 50th anniversary.

"It's been a mission possible for a number of years," he said. "But as we go on, the remaining moon rocks are proving to be tougher."

Since the moon rocks are national treasurers, they cannot be sold.

Gutheinz and others have tracked down 48 of the state rocks, however, those given to Delaware and New York are still oddly missing.

"The last person I know that had possession of the New York Apollo 11 moon rock was Nelson Rockefeller," he said.
Rockefeller was the governor of New York during that time in 1969.

"Since Rockefeller had it, we don't know where it is," Gutheinz said.

He and others have looked, even questioned state officials.

"I've contacted myself all the museums out there," Gutheinz said. "Cornell University, the Governor's Mansion, you name it. I'm going to knock on the doors of a few Rockefellers and see if they know where it's at."

In the meantime, his hope is to have all the moon rocks put back on public display, so that younger generations can learn from this historical event.