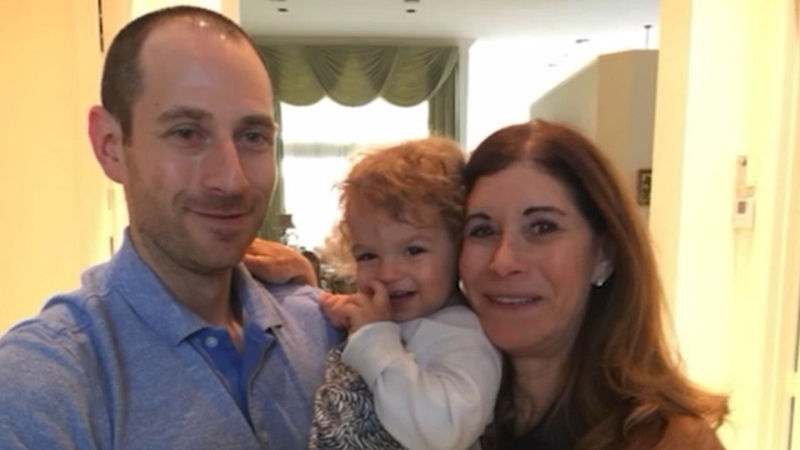 NEW YORK (WABC) -- On the one-year anniversary of the worst mass murder at a school in U.S. history, a mother of one of the victims, Scott Beigel, a Native New Yorker, who became a hero teacher at Marjory Stoneman Douglas High School, is speaking out.

The school and the nation is reacting with an outpouring of sorrow and anger at the inaction of elected officials over the easy accessibility to weapons of mass destruction.

Scott, a 35-year-old geography teacher was a native of Dix Hills in Suffolk County. His mom, Linda, still lives on Long Island.

"There's always sorrow, every day when I wake up. 'It's not a bad dream,' I say, but I know I can't bring Scott back. I'm going to make sure no other mother goes through what I had to go through the past year," she says,

Scott broke protocol, and rather than bolt his classroom door shut, he opened the door in building 12 and let students in. And for being a hero, he was shot and killed.

"I'm actually thinking about all the good that's come from such a tragedy. I decided I would not mourn Scott's death, I would celebrate his life. Reasonable gun control," Linda said.

To mark the one-year anniversary, a powerful documentary premieres Friday night in New York City called 'Parkland: Inside Building 12.' Building 12 is where the students and teachers were murdered.

The producer is a New York native and former reporter, Charlie Minn. He sat down with many of the survivors to learn their firsthand accounts.

The documentary is an up-close and personal heart-wrenching account of a massacre from the people who survived. However, there is one thing that Minn refused to do.

Bill Ritter's entire interview with Linda Beigel Schulman and Charlie Minn, the documentary filmmaker will air on 'Up Close' Sunday morning at 11 on Channel 7.