WABC
NEW YORK (WABC) -- Thousands of people across the Tri-State Area looked back at the life and legacy of Martin Luther King, Jr., Monday on the holiday marking the birthday of the slain civil rights leader.

One of Monday's largest celebrations was held at the Brooklyn Academy of Music and featured music and speeches. Dr. Cornel West and several elected officials, including Mayor Bill de Blasio, were among those who spoke about King.

The commemorations of the civil rights icon come at a time of increased focus on race relations in the nation's largest city, and several demonstrations are planned to protest the chokehold death of Eric Garner.

De Blasio also appeared Monday afternoon with the Rev. Al Sharpton for the first time since a Staten Island grand jury declined to indict the officer. Sharpton has been a flashpoint in the mayor's tense relations with police.

Sharpton and his National Action Network hosted a "Be Like King" day event in Harlem, with a forum that included de Blasio, U.S. Senator Charles Schumer and other elected officials. He and Garner's family will also lay a wreath at the memorial where NYPD Detectives Rafael Ramos and Wen Jian Liu were killed in Brooklyn.

Sharpton said he paid tribute because King would have denounced senseless violence, and said the recent demonstrations across the city are part of a movement that is not anti-police, but about social justice. The president of the Lieutenant Benevolent Association calls it "an insincere act."

"Unlike the popular view, Bill de Blasio and I don't agree on everything," Sharpton said at the afternoon gathering. "We didn't want a flunky. We wanted a mayor - and we got a mayor - that would talk to us and respect us."

All New York City public schools were closed in observance of the holiday, except for PS 175, the Henry Highland Garnet School for Success in Harlem. 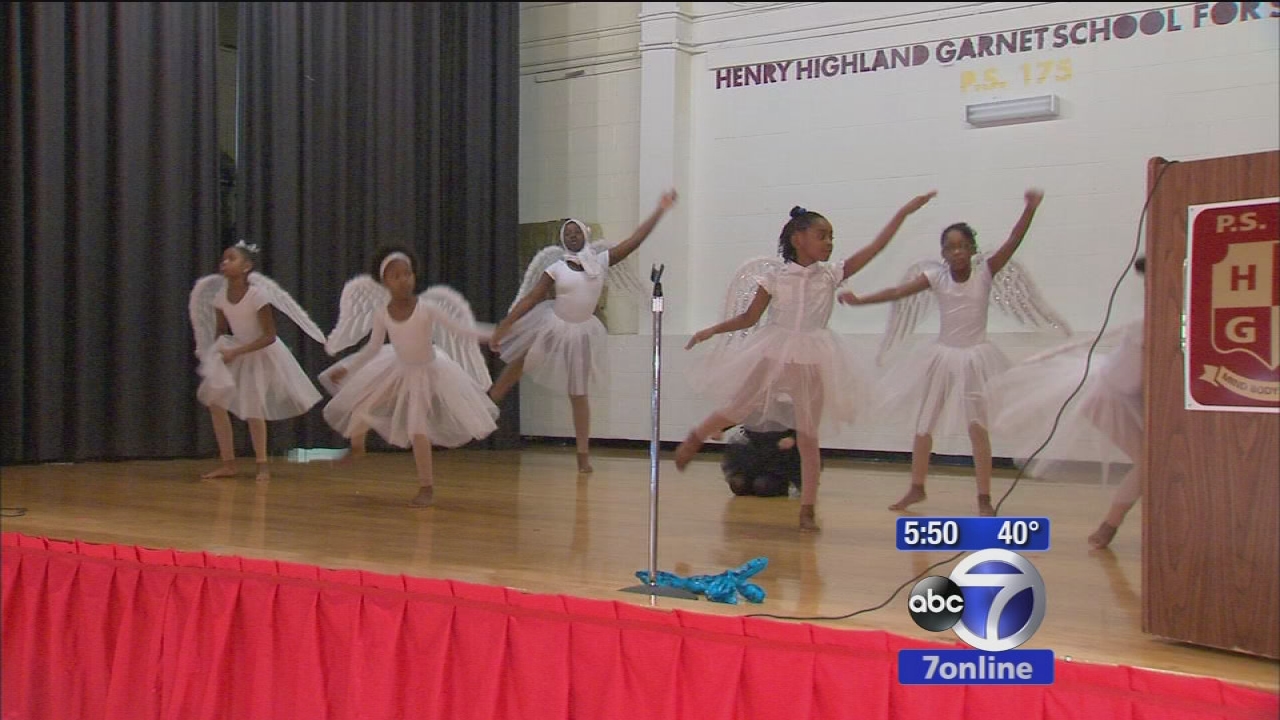 The doors were open and the auditorium alive with performances and tributes to King and Rosa Parks, and they did it before dignitaries like New York City's first black mayor and first black governor.

It was a great day that will help these students truly learn Dr. King's message, and the principal says she may open the school again next year on Martin Luther King day because the community turned out in droves and is very much about having a dream.

For many students, this was not a day to sleep late but a day to brighten the lives of others. More than 100 of them gathered to paint the walls inside Eastside High School in Newark, volunteering as a way to show support for Dr. King's call to help others. 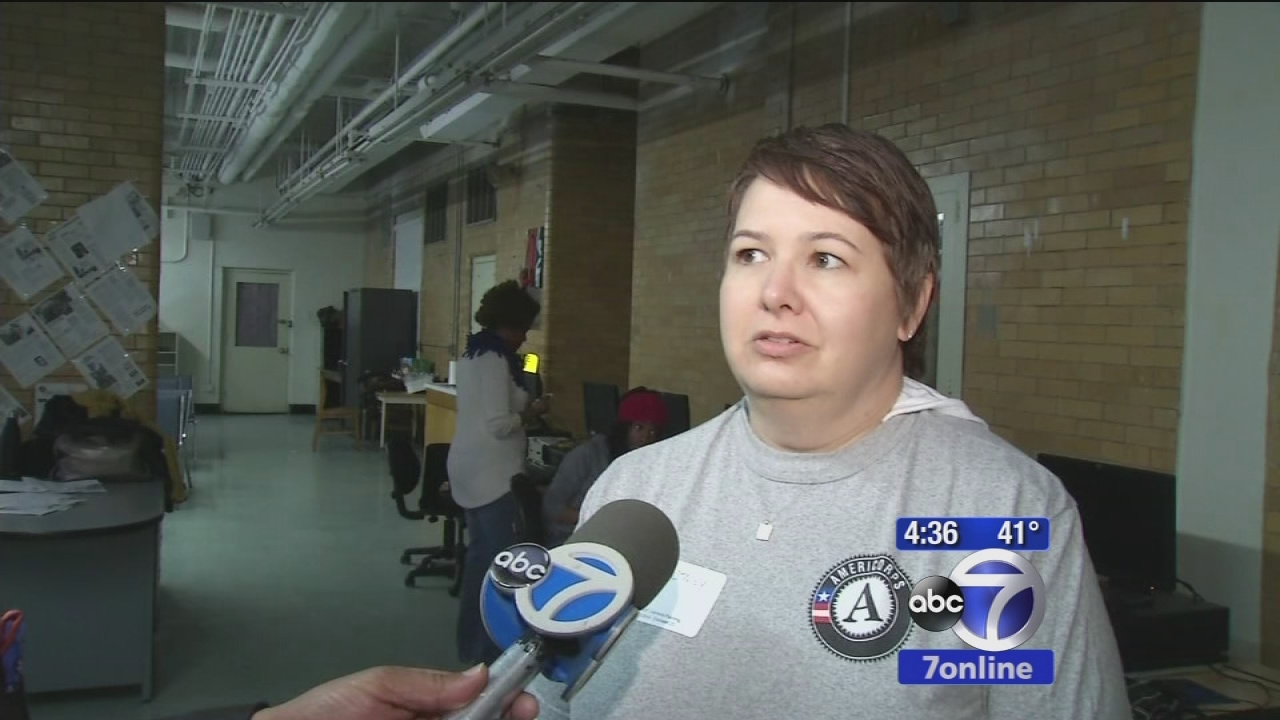 The march ended with a rally at the United Nations to raise awareness of police brutality as a global human rights issue and call for action on the issue from city and state officials. 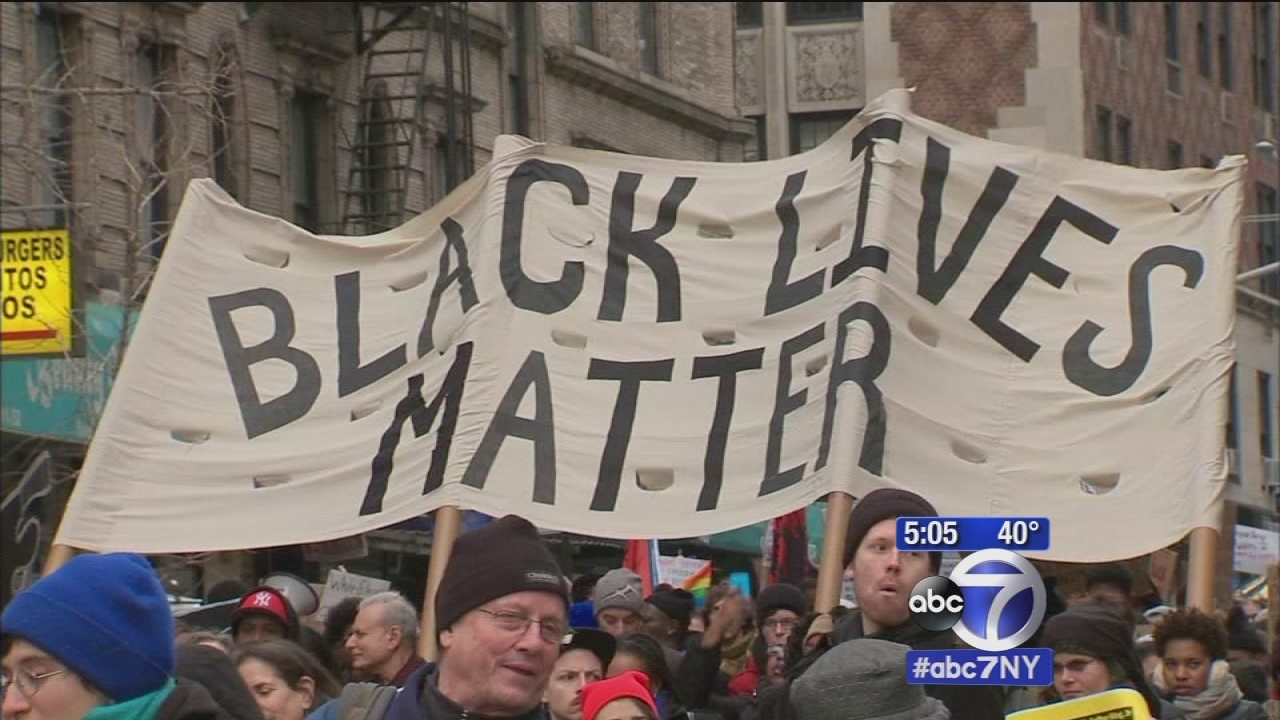 "Dream for Justice" marchers march from Harlem to UN
Sandra Bookman reports on the Dream for Justice march, which ended with a rally at the United Nations
Elsewhere, Oprah Winfrey and fellow actors from the movie "Selma" marched with hundreds in a tribute to King, one of many events around the nation ushering in Monday's federal holiday.

Remembrances of the King legacy come amid somber reflection by many on incidents in which unarmed black men were killed by police in recent months, spurring protests and heightening tensions in the U.S. In Ferguson, Mo., where one fatal shooting caused weeks of violent protests, leaders urged reforms to the criminal justice system in the name of equality.

"We need to be outraged when local law enforcement and the justice system repeatedly allow young, unarmed black men to encounter police and then wind up dead with no consequences," said U.S. Rep. William Clay, a St. Louis Democrat. "Not just in Ferguson, but over and over again across this country."

The King holiday, meanwhile, was being met with activities nationwide, including plans for a wreath-laying in Maryland, a tribute breakfast in Boston and volunteer service activities by churches and community groups in Illinois. In South Carolina, civil rights leaders readied for their biggest rally of the year.

"Selma" chronicled turbulent events leading up to the historic march from Selma to Montgomery, Alabama, and the subsequent passage of the 1965 Voting Rights Act. Winfrey played activist Annie Lee Cooper in the movie, which was nominated for two Oscars, in categories of best picture and best original song.
Playing the Rev. Martin Luther King was deeply emotional and a heavy burden to bear, actor David Oyelowo told a crowd gathered at Ebenezer Baptist Church, the spiritual home of the slain civil rights leader in Atlanta.

Oyelowo, who played King in "Selma," gave a tribute Monday at the 47th Martin Luther King Jr. Annual Commemorative Service. He got choked up as he talked about putting himself in King's place.

"I only stepped into his shoes for a moment, but I asked myself, 'How did he do it?'" Oyelowo said. He explained that he, like King, has four children and said he cannot imagine walking through life knowing there are people who wanted to take their lives or that of his wife.