WABC
LOS ANGELES -- Stevie Wonder and Jhene Aiko are among those set to perform Thursday at a 10 a.m. PT memorial service honoring the life of slain rapper Nipsey Hussle. Here's the full program as released by the event's organizers: 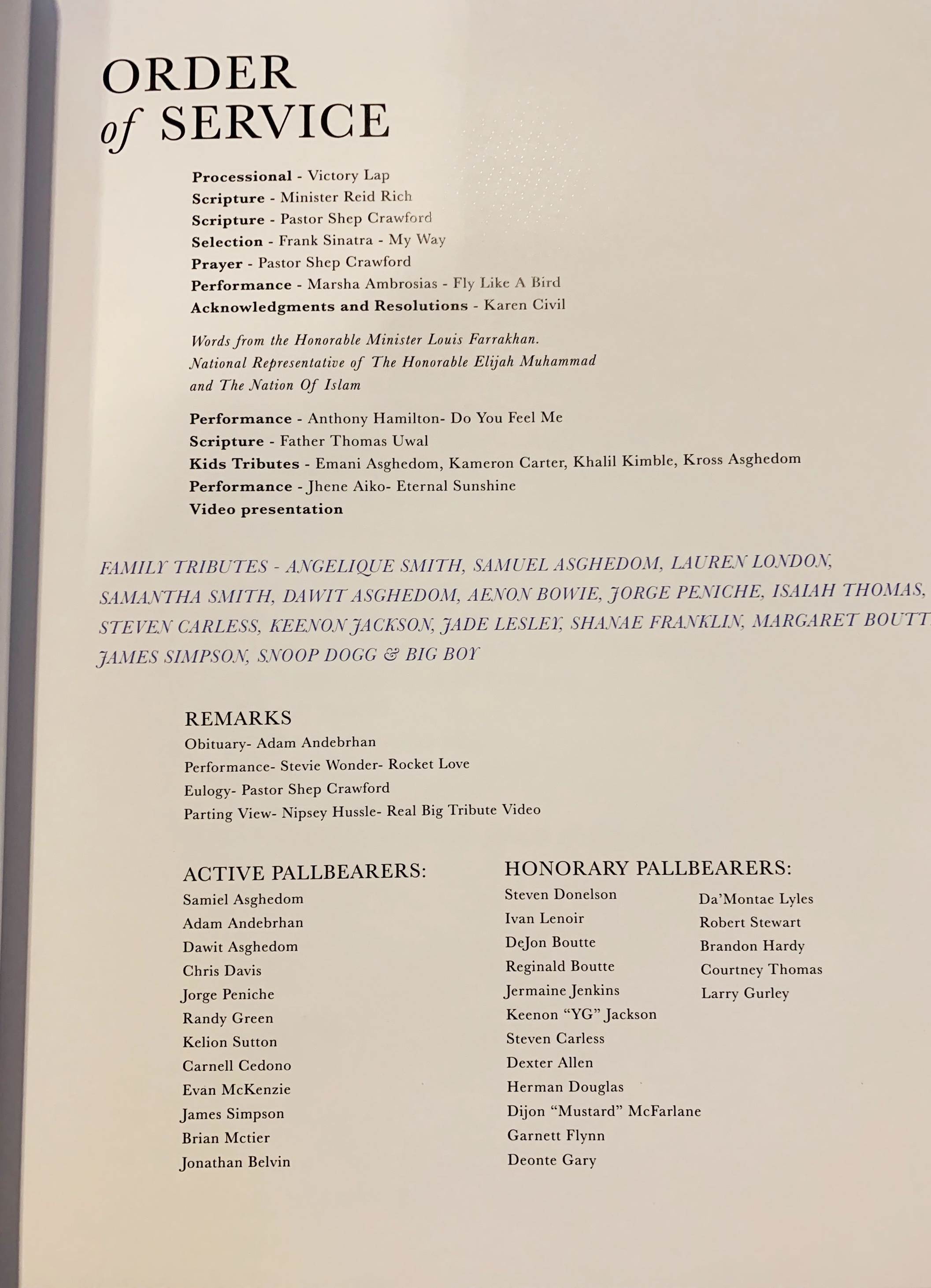 The event at the Staples Center will be followed by a 25-mile procession through Hussle's native South Los Angeles. According to a released itinerary, a hearse carrying Hussle's coffin will travel from an intersection near the University of Southern California and make its way into the neighborhood where Hussle's The Marathon clothing store is located in a strip mall. The procession, under the watchful eye of Los Angeles Police Department officers, will travel to its destination at a funeral home in the Crenshaw District.

The 33-year-old Hussle was fatally shot March 31 in while standing in front of his South L.A. store near the intersection of Slauson Avenue and Crenshaw Boulevard, which is among the locations that his hearse will pass.