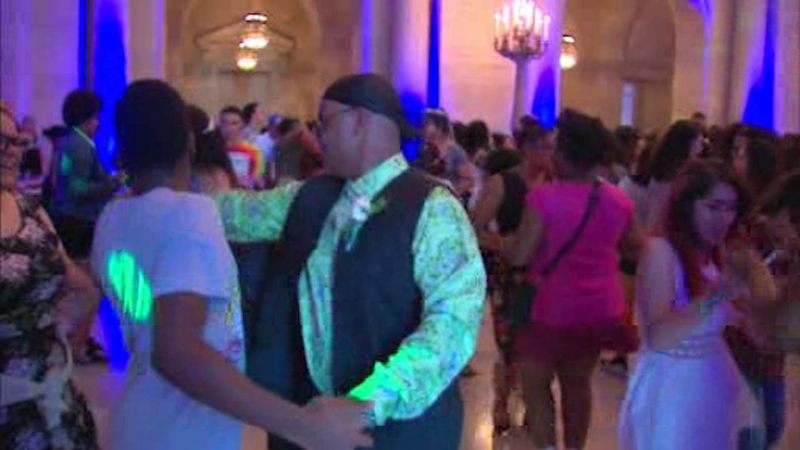 "We just wanted to create an alternative space. You can come be yourself, it's not formal, it's not serious, it's just a good time," said Caitlyn Colman-McGaw, NY Public Library.

The library has actually hosted the anti-prom for LGBT students citywide since 2004.

Obviously, the event takes on a new tone this year.

"This was going to be my last anti-prom because I'm going to be 18 now, and I just wanted to be around, especially after what happened in Orlando, people that sort of support the same cause about being different, and that it's ok to be different," said Lucas Gomez, Senior at Collegiate High School.

Because of what happened in Orlando at the Pulse nightclub, there was an increased NYPD counterterrorism presence at the anti-prom.

"You see the attack and what happened, so I wanted to be here to support them," said Steeven Imbaquingo, Senior at Manhattan Bridges High School.

Steeven and his date are even skipping their own prom for this one.

"I think it's important because a lot of people are being discriminated to, those people they are human like us and they don't need this discrimination," said Emely Salazar, Junior at Manhattan Bridges High School.

"Throughout history for example you see how minorities are being discriminated against, just like gay people right now, so I think that you should have respect and everything," Imbaquingo said.