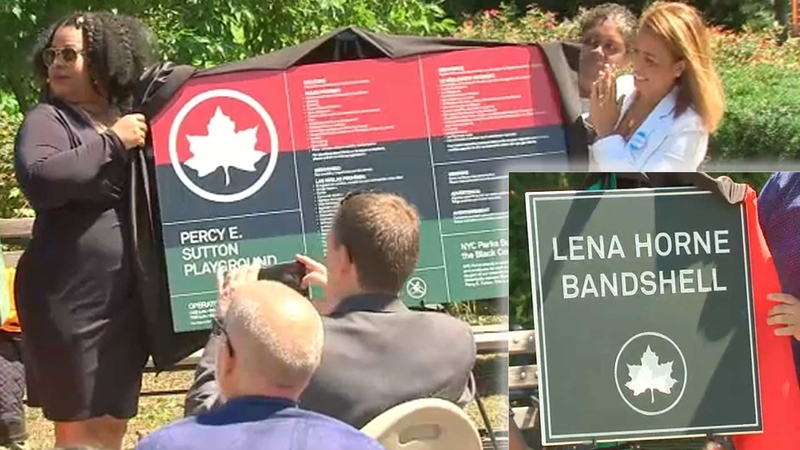 NEW YORK CITY (WABC) -- Officials have announced the renaming of 16 parks across New York City in honor of the Black American experience in the city.

The parks are located across the five boroughs and include the following:

There was a movement last summer to rename the 15-acre Mullaly Park in the Highbridge section of the Bronx. The park was named after a man who is credited as the Father of Bronx Parks, but is also notorious for his racist views.

To honor a commitment made in November to rename Mullaly Park and Recreation Center, the event was held at the park to showcase its new name.

Last June, the agency pledged to continue to demonstrate how it stands in solidarity with the Black community in its fight to combat systemic racism.

Since then, NYC Parks has named 28 parks spaces in honor of the Black experience.