Some are calling the parents "cruel" and "irresponsible." Others praised the couple for teaching their child about adventure.
KGO 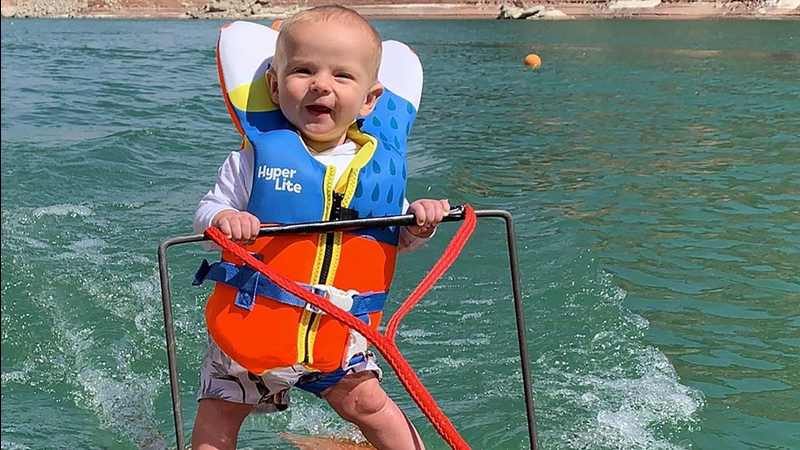 UTAH -- A Utah couple that posted a video of their young son water skiing is speaking out after the video went viral.

The video shows six-month-old Rich Humpherys water skiing on Lake Powell with his dad Casey by his side.

The Humpherys say the boat was going about five miles per hour and Casey remained by Rich's side at all times. "We had a separate boat out there, probably roughly 10 to 12 people involved total, said Casey Humpherys.

But after posting the video on social media, the Humpherys were criticized, some calling the couple "cruel" and "irresponsible." Others praised the couple for teaching their child about adventure.

Rich's mother, Mindi, says they checked with their doctor before putting him on the water. "So we talked to his pediatrician," said Mindi. "He was super impressed by how far along Rich is and he's really well developed for his age. He said it's fine and to not worry about it."

The Humpherys say they enrolled Rich in swim lessons, built a custom board and practiced on land before their first time at the lake.