Police handcuffed, arrested 16-year-old boy with autism after he had seizure, mom says

KFSN
FRESNO, California -- A mother from California is outraged after she says her son, who is autistic, was placed in handcuffs instead of being taken to the hospital.

A video she sent Action News shows a portion of the incident unfolding.

The sounds of fear can be heard in that video, as police attempted to arrest the 16-year-old Delano boy inside a central Fresno 'El Pollo Loco' on Thursday night.

"He has autism, he has epilepsy, stop it!" she can be heard screaming.

Lourdes Ponce says her son had just left the doctor after suffering from epileptic seizures.

Those seizures she says returned while he was in the restroom at the fast-food restaurant.

"I stood outside the door, I heard him hit the floor, I tried to open the door but it was locked, that's when I asked for help," she says.

Ponce says when employees unlocked the door, her son was on the ground.

She then told her daughter to call 911.

"We called paramedics for help, we did not call police. He was not hurting anybody, he was having a seizure," she says.

However, police arrived first and tried handcuffing the teen.

Video even shows them trying to place him into the back of a patrol car.

During that time, Ponce says her son began to panic and started to vomit.

"He saw that my son was throwing up and instead of helping him so that he wouldn't choke on his vomit, they had him on the ground in handcuffs," she says.

Ponce says she then ran to her car and got paperwork showing her son has a history of epilepsy.

"After I showed the paperwork, EMS was able to treat him and take him to the hospital," she says.

She says her son is still recovering from his epileptic attacks at Valley Children's Hospital, and that he is so traumatized by what happened to him that he is having a hard time receiving treatment from hospital staff.

Ponce tells Action News police stopped by the hospital Friday with this "certificate of release" form - paperwork that states the teen will not be arrested.

It's something this mother of three says her family tried telling officers when they first arrived.

In a statement to Action News, Fresno Police said:
"This case is currently under Administrative Review. The review will include the examination of all the information pertaining to the officer's contact including Body Worn Cameras."

The family says they hope police will get more training on how to deal with people who are having medical emergencies.

The teenage boy is expected to recover. There is no word yet on when he will be released from the hospital. 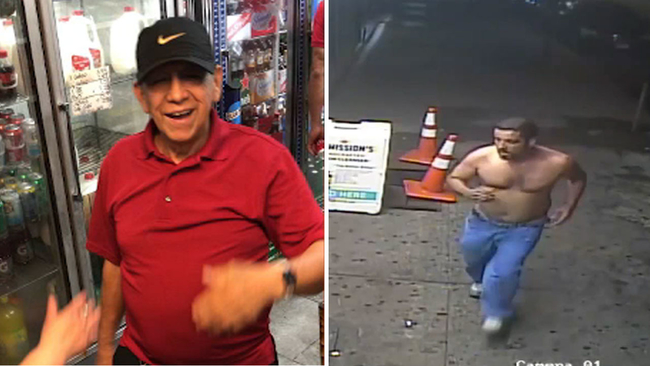