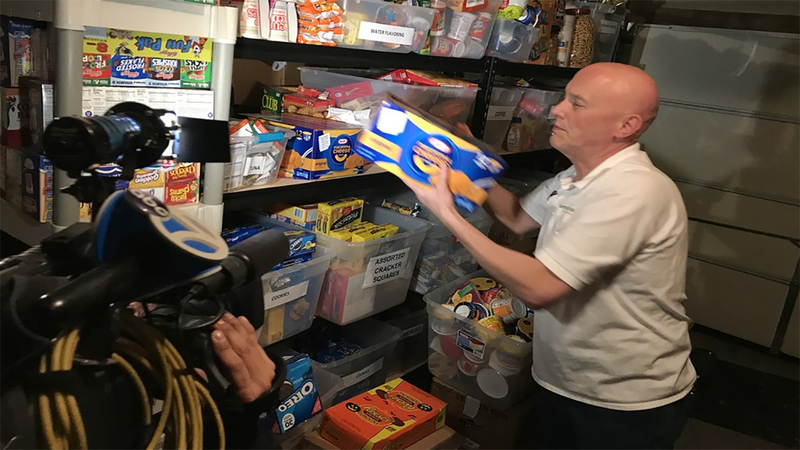 Price of sending care packages to troops going up

NEW YORK (WABC) -- The cost of sending a package to active military members overseas has gone up for people in the Tri-state sending so-called care packages to their loved ones and friends serving abroad.

When is a bag of candy more than just a snack? When it's part of a care package sent to troops in combat zones.

They can serve as a reminder to soldiers, about why they sacrifice.

Nancy Ardis-Wolfe says a letter from an Army Airborne unit deployed overseas thanking her for the package she sent brought her to tears.

It reads in part, "When I open a box and see the same things that I normally would see back home it's like a few moments I'm actually back home and not in Afghanistan."

She was overwhelmed with gratitude. But she's also overcome by disbelief.

Two years ago the Sussex woman spent six months in Afghanistan, as a civilian employee for the Department of Defense.

What she saw were empty shelves at the Army Post Exchange.

"The PX there had basically nothing," said Nancy.

So she and her husband Mark started Supplies For Soldiers, a non-profit organization shipping donated goods to troops.

But something happened last month. The cost for shipping these packages via the US Postal service from New Jersey doubled.

"We got no warning. We thought it was a mistake," says Nancy's husband Mark Wolfe.

Supplies for Soldiers sends 2,000 pounds of donations a month. For an all volunteer organization, that adds up.

"Oh I was furious," said Mark.

So why the increase in shipping costs?

The Postal Service says it consolidated hubs on the East and West coasts into one hub in the Midwest.

So some customers will pay less for shipping and some will pay more, based on their distance from Chicago.

In a statement the Postal Service says the changes were made to - "better service our military... and so we can reduce costs and remain competitive in the marketplace."

But the Wolfes are reaching out to members of Congress with the hope of changing things back to the way they were.