President Obama on ringing cellphone during news conference: 'Don't be embarrassed. Just turn it off.' 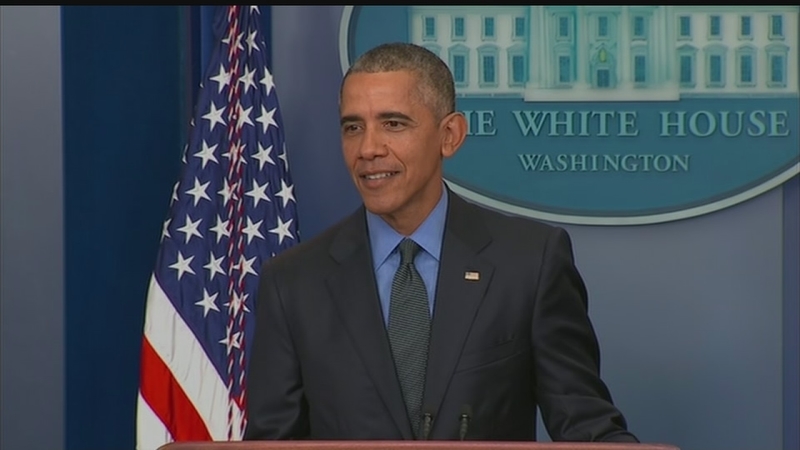 WASHINGTON (WABC) -- Cellphone etiquette is taken to a new level when you're called out by the President of the United States.

The cellphone could be heard ringing as a reporter was asking a question.

The president then began answering a question, but the cellphone kept ringing.

"Whose phone is that guys? Come on now. Somebody, you recognize the ring. Don't be embarrassed. Just turn it off," said the president.

It appeared then that the offender was quickly identified and turned the phone off.