AP
By DEEPTI HAJELA
NEW YORK -- If it's Pride Month, there's gotta be a march. And there will be, in New York City and places around the country and world.

But this year, the 50th anniversary of the Stonewall uprising that fueled the fire for a global LGBTQ movement, there's also a lot more. From symposiums to movie screenings, walking tours to art exhibits, and even an opera, a slew of institutions and organizations are filling June with events that commemorate that moment and its impact through the past five decades, and also using it as inspiration for the current generation of activists to keep pushing for civil rights.

The uproar at the Stonewall Inn, a gay bar in New York City's West Village, began on June 28, 1969, when bar patrons and area residents, tired of harassment that was still allowed by law, clashed with police officers who had come to raid the nightspot. Demonstrations continued for the next several nights.

We invite you to watch our special "ABC 7 Celebrates World Pride NYC" on Saturday, June 22 at 7:00 p.m. hosted by Ken Rosato on Channel 7. Then join our team of Ken, Lauren Glassberg, Sam Champion and Kemberly Richardson for live coverage of WorldPride NYC 2019 on Channel 7 and abc7NY.com beginning Sunday, June 30 beginning at 12:00 p.m.

Those events weren't the first resistance act of the gay rights movement, but it galvanized activism in the United States and around the world.

That history is all over the events that a wide range of institutions are hosting in June, from an exhibit at the Brooklyn Museum called "Nobody Promised You Tomorrow: Art 50 Years After Stonewall" to an opera by British composer Iain Bell commissioned by the New York City Opera called "Stonewall," which is getting its world premiere toward the end of the month.

There are walking tours, like the one from the New York City LGBT Historic Sites Project that will take participants around Greenwich Village and talk about the anti-gay climate that led to the Stonewall protests, and a panel discussion at a branch of the New York Public Library from transgender speakers talking about Stonewall and current trans life.

"In the best possible world we would use these anniversaries, and I think it's happening this time, as a jumping-off point to look deeper," said Eric Marcus, founder of the Stonewall 50 Consortium, an organization that brought together cultural institutions and others primarily in New York City that have created programming connected to Stonewall.

It's not just New York City, as Pride festivals and parades are taking place around the country in June and beyond, and references to the Stonewall anniversary are everywhere.

In Raleigh, North Carolina, a month of events will include a ball celebrating those who resisted at Stonewall. At the Library of Congress in Washington, a display that went up at the end of May called "Stonewall at 50 - LGBTQ+ Activism in the United States" uses flyers and other historical items to showcase protest history.

But for New York City, the anniversary has become the opportunity to take its already high-profile Pride celebrations even higher; Heritage of Pride, the organization that plans the city's march and other events, has included a commemorative rally in its slate of events for the month, and is hosting WorldPride as well, the first time the international event has been held in the United States in its two-decade existence.

The confluence of all that has Pride organizers and city tourism officials hopeful that the throngs of visitors who come to take part in the various Pride activities over a period of about six weeks could double.

"We're proud of how many came forward and put together great programming," he said.

The spirit of protest that Stonewall represents is also represented in some events this month, including the Queer Liberation March being planned by the Reclaim Pride Coalition.

That group decries what it sees as the commercialization and corporatization of mainstream Pride events. The coalition's march is planned for the same day as the main Heritage of Pride march June 30.

"There are members of our community who have always struggled, who have always been left behind," said Natalie James, co-founder of Reclaim Pride. "What I think we want to go back to is ... the radicalism and solidarity of the early days of the activists in this movement." 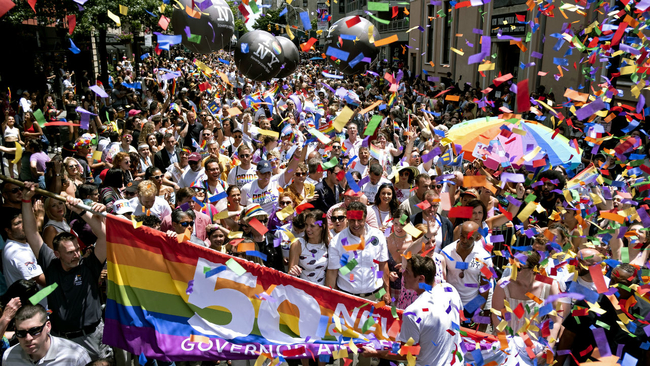 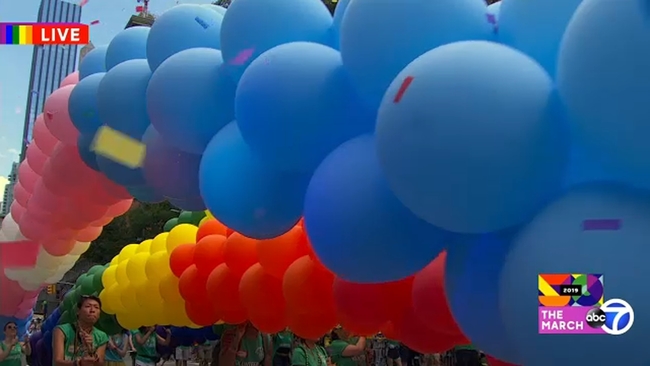 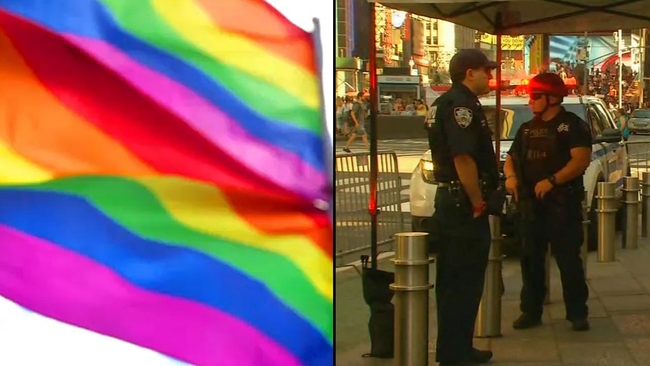