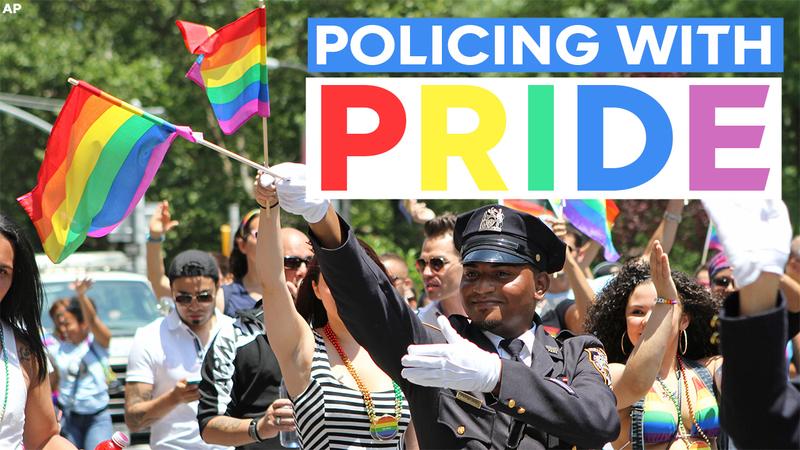 EMBED <>More Videos
NEW YORK (WABC) -- This year is WorldPride in New York City and the members of the Gay Officers Action League New York, or GOAL NY, are ready to march out and proud in the streets of New York.

New York City will celebrate and host two main events this year: The commemoration of the 50th Anniversary of the Stonewall Riots and WorldPride.

In 1969, the riots at The Stonewall Inn sparked the birth of the LGBTQ Civil Rights Movement. Now, 50 years later, WorldPride will be hosted for the first time on U.S. soil in New York City.

"I can think of no more special place to be than, here, in New York, the birthplace of the queer liberation movement and of GOAL, the first organization of its kind in the United States and the world," said GOAL President, Brian Downey.

GOAL serves as a safe haven for members to discuss their needs and concerns in a comfortable atmosphere without fear. "There have been times when the passenger seat of my car was a safe haven for people experiencing acts of discrimination or bullying," said Downey.

"There is no difference between a straight cop and a gay cop in New York City," said Sergeant Ana Arboleda, Vice President of GOAL. Arboleda went on to admit that GOAL has been and continues to be a positive force in her life.

GOAL NY is proud to be both a positive force in the larger LGBTQ community and an instrument of change to fight homophobic attitudes in the criminal justice community and elsewhere.