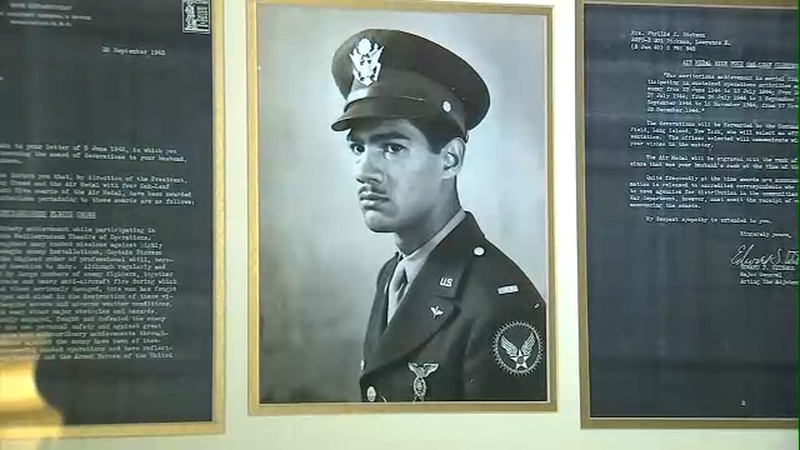 SOUTH ORANGE, New Jersey (WABC) -- It was a homecoming 74 1/2 years in the making. It is full of heart and sadness - the whole rainbow of emotions as one New Jersey woman found out that her father's remains have been found and he is coming home for his burial.

What a blessing to meet Marla Andrews. Her father was Capt Lawrence Dickson. A Tuskegee Pilot who died in Austria in WWII. DNA confirms her father’s remains. Now she can bury the father she loved but never knew @ABC7NY @SpreiTV pic.twitter.com/pMcWMh5aXM

December 23rd, 1944, while on a recon mission, Dixon's plane went down. The telegram sent to her mother indicated he may have gone down in Italy, where his base was located.

Young Marla was only 15 months old at the time - too little to have personal memories of her beloved father. She would come to spend a lifetime missing the man she never got to know.

Then came the stunning call on Friday that DNA confirmed her father's remains had been located. They found him and parts of his plane in Austria. He was only 24 years old.

"I was very relieved because it just felt like the weight on my back - I think they closed down the whole case in 1948. I think because they didn't dream either that the DNA could ever evolve into what it has," Marla said.