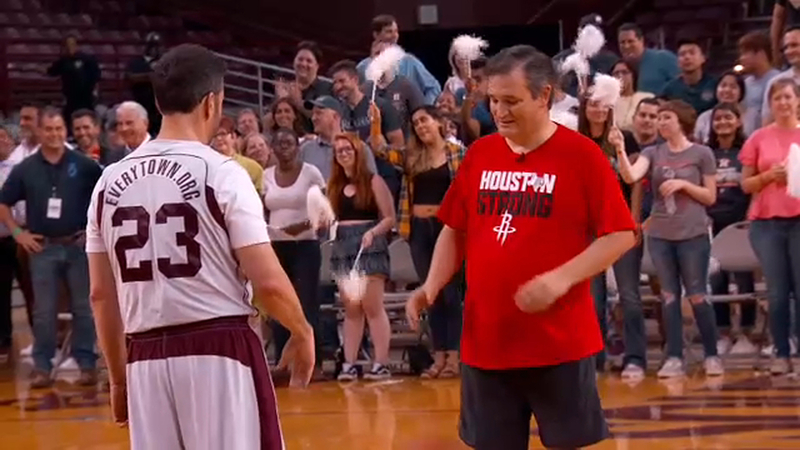 Kimmel, Cruz square off in basketball

And in case you were wondering, there was no shortage of smack talk.

"Did you spend more time this week practicing basketball than trying to get those kids out of that detention center?," Kimmel said to Cruz.

Kimmel talked a big game but couldn't pull off the victory. The Republican senator beat him by a score of 11 to 9 at Texas Southern University in Houston.

The game was supposed to be played to 15, but was cut short because it was taking too long. Speaking for both men, Kimmel said he wanted to apologize "to the game of basketball."

The two agreed the real winner of Saturday's game was charity.

The game came about following a joke from Kimmel, who has said Cruz resembled the ocean bottom-dwelling blobfish. Cruz responded by challenging Kimmel to a basketball game.