Sept 11: Reading of the Names -Last Name A through Bantis 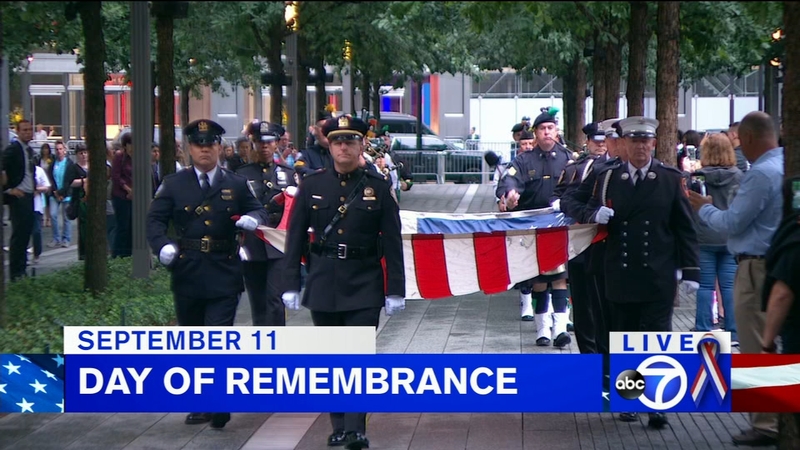 Sept 11: Reading of the Names -Last Name A through Bantis

NEW YORK -- The reading of the names of those who died on 9/11/01. This segment: Last names A through Bantis.

It is a somber day filled with tears and tributes as New York City and millions across the country mark the 17th anniversary of the September 11th terror attacks. There were moments of silence, volunteer projects and a new monument to victims, after a year when two attacks demonstrated the enduring threat of terrorism in the nation's biggest city.

CLICK HERE for Eyewitness News reflections, photos and stories marking the anniversary of 9/11
The events of that terrible day and the weeks, months and years that followed are never forgotten, nor are the memories of those killed by terrorists at the World Trade Center, the Pentagon, and a field in Pennsylvania. Additionally, we remember all those who have died from 9/11-related illnesses from their heroic work at ground zero and those who suffer today.


Family and friends of the victims, survivors, rescuers and others once again gathered on at the memorial plaza where the World Trade Center's twin towers once stood, this time on a misty Tuesday morning.
Report a correction or typo
Related topics:
societyseptember 11th
More Videos
From CNN Newsource affiliates
TOP STORIES