WABC
TREMONT, The Bronx (WABC) -- Friday marks two years since the death of NYPD Detective Miosotis Familia, and a memorial was held for the 12-year veteran of the force in front of the 46th Precinct in the Bronx.

The 48-year-old mother of three was shot just blocks away from the precinct on July 5, 2017, assassinated while sitting in a mobile command unit with her partner.

Her daughter choked back tears as she recounted the last time she saw her mother.

"She gave me a hug, and she kissed me on the forehead and she told me that she loved me," 21-year-old daughter Genesis Villella said. "And I asked her, 'Can I have another hug?' And she smiled, and she said, 'Of course you can.' She went to work, only to be shot in the head and killed."

A mural depicting Familia was unveiled after the service. 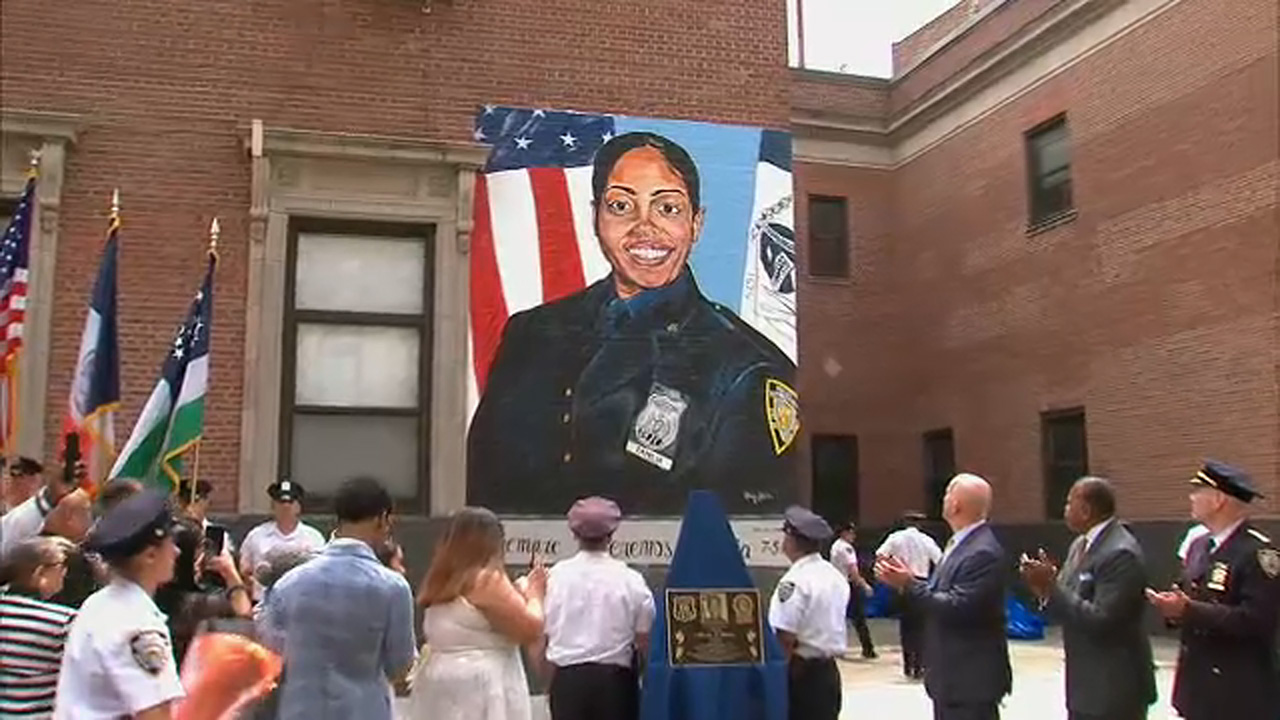 It was specifically placed on the side of the precinct to watch over and "smile down" on the officers stationed there.

A plaque will be placed in the precinct .

O'Neill said Familia will "always be a part of our NYPD family."

Last year, the street outside of the 46th Precinct was renamed in her honor during a ceremony with O'Neill and Mayor Bill de Blasio.

She is survived by Genesis and 13-year-old twin siblings Delilah and Peter Vega.