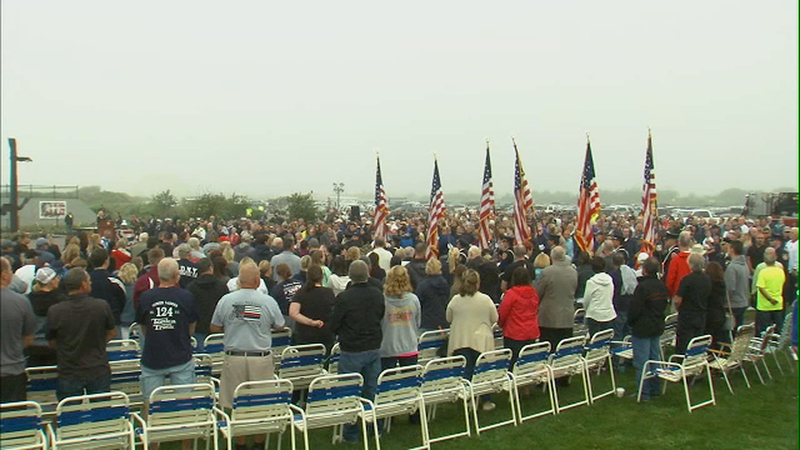 The spirit of this year's ceremony was as it's always been -- solemn.

"It's the same hurt," Rockville Centre resident Darren Fenton said. "Every year. You think it goes away, but you come down here, and just everyone down here, I feel like, it feels the same way. We haven't lost the memory of it."

Being together does make people feel better, just as it did on that day 17 years ago.

"I had people that I know that perished on that day," Merrick resident Mike Murphy said. "We need to become united again as a people, as we were in the aftermath of 9/11."

Hundreds of people gathered Tuesday morning at Point Lookout to remember those killed that day. Around 200 of the victims were from Town of Hempstead alone.

"As I look out, one would think 17 years would start to begin the healing process," Lieutenant Governor Kathy Hochul said. "But I still see a lot of pain on the faces of family members and colleagues."

It's a ceremony many people have attended year after year, but this was the first time for Valley Stream resident Dianne Donoghue.

Last year, for the first time, the ceremony took place at the permanent memorial erected in 2017 just off the entrance to the beach.

It features a 30-foot tall beam from the North Tower and the names of the victims etched on plaques, as well as the names of those who have died from 9/11-related illnesses.