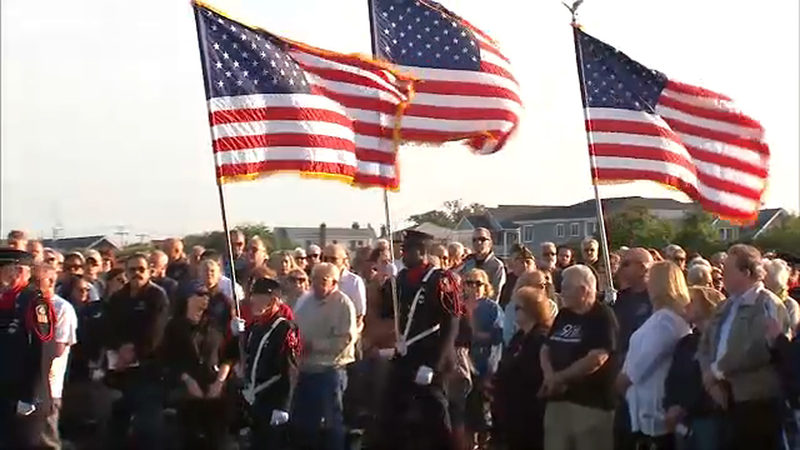 The spirit of this year's ceremony was as it's always been -- solemn.

"I come here every year instead of going to the city, because I find the city very overwhelming," said Susan Hutchins, whose son died on 9/11.

Hutchins relives her son's death each and every year. Kevin Colbert went to work on the 89th floor of the South Tower 18 years ago and never came home.

She and so many others hope the words "Never forget" truly carry meaning no matter how painful the memories may be.

"Life is not like a book," she said. "You can't just skip the chapters you don't like because they make you cry."

Retired FDNY Lieutenant Michael O'Connell was a probationary firefighter back on 9/11.

"And then here you go, four months later, you're hit with the biggest job the fire department's ever seen," he said. "And I worked the pile for the days and weeks that followed, only to get sick like seven years later."

They carry on a tradition of walking down to the water at Point Lookout, because on that awful day, they could see the towers burning from there. Only now can they also remember those they've lost in other ways -- the names now written on a memorial, 30 feet of steel from the North Tower permanently in place.

In the traditions, they find comfort year after year, along with the patriotism that helps them teach a generation too young to know what happened the importance of hope even at our worst.

"Both the terrorism, but also the heroism that emerged from that day," Hempstead Town Supervisor Laura Gillen said.