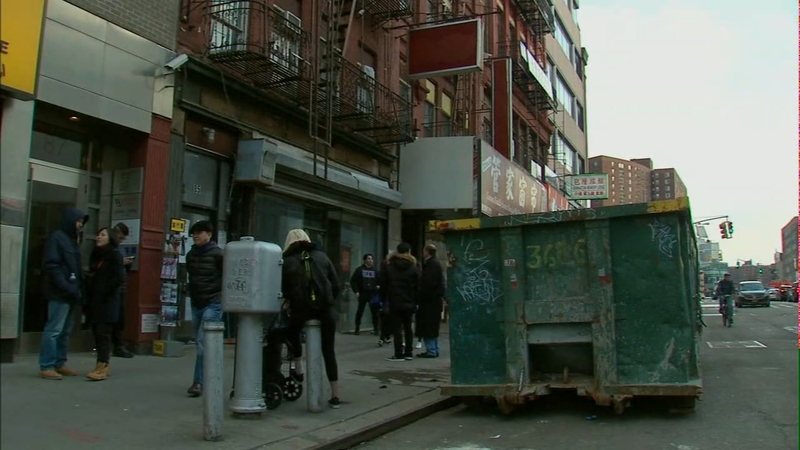 CHINATOWN, Manhattan (WABC) -- Tenants who were forced out of their rent-regulated apartment building in Chinatown because the building wasn't safe returned to find their belongings tossed into the trash.

Workers for the landlord had dozens of plastic bags filled with the residents' belongings thrown in a dumpster in front of 85 Bowery.

There was money, jewelry, medicine, towels and blankets, bags full of them.

"What we heard is that they're going to move some stuff to the storage, but this is a garbage can. They not obey the court orders," said tenant advocate Jin Ming Cao. "They think our belongings is garbage, they throw away."

The tenants were evicted from the building back in January because the Buildings Department ruled 85 Bowery was longer safe, largely because of structural problems with a stairway and the fire escape.

They were supposed to move back in last month, but the owners found asbestos.

We tried to get the landlord, Joseph Batesh, to talk with us Wednesday, but his lawyer refused.

Jin Suo says when she saw the workers removing residents belongings, she tried to stop them. She says one of the workers kicked her.

Most tenants believe the owner just wants to raise rent.

"They try to kick the tenants out, they don't want the tenants to go back home," said Jin Ming Cao.

The Buildings Department says residents were given opportunities to remove their belongings from their apartments, but many did not. The residents have not yet been told if or when they will be able to move back into their homes.