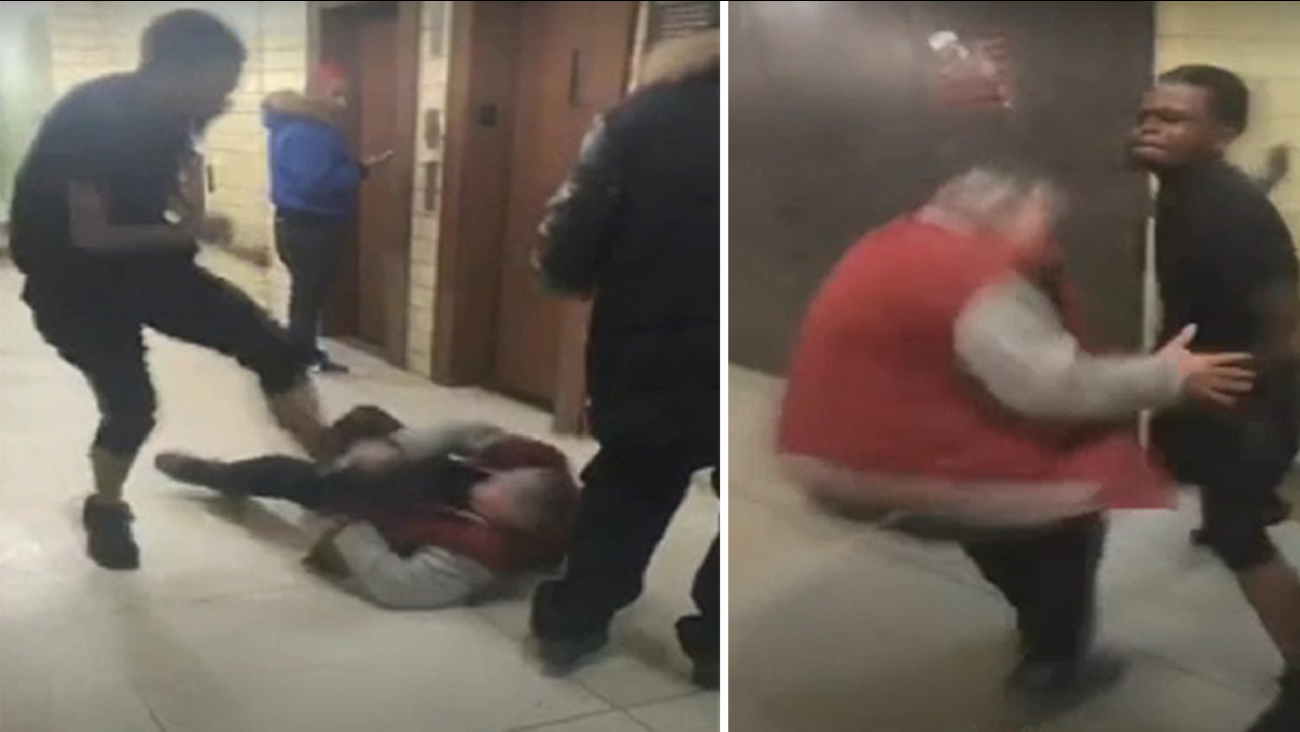 NEW YORK (WABC) -- A suspect was arrested after a man was brutally beaten at a New York City Housing Authority building in an attack streamed on Facebook Live. An NFL linebacker ran into some off the field trouble at a police precinct in Queens. And environmental protesters took their message about climate change to an iconic statue in Rockefeller Center.


Suspect in Brooklyn beating streamed on Facebook Live turns himself in

CeFaan Kim has the details from Bed-Stuy.

NYPD officers investigating burglaries in Brooklyn were unexpectedly greeted by a stolen Golden Retriever after they knocked on a suspect's door.

Naveen Dhaliwal has the latest from Gravesend.

Detroit Lions linebacker Trevor Bates was charged Saturday with attacking an NYPD sergeant in Queens after he allegedly refused to pay $32 for his taxi ride.

Sandra Bookman has the latest details.

Nine protesters were arrested in Rockefeller Center while trying to draw attention to the issue of climate change. They made their way onto the ice, and one of them climbed the golden statue and held up a banner.

CeFaan Kim has the details from Rockefeller Plaza.

State police say they were called to the Massachusetts Turnpike because a man was clinging to the hood of a moving SUV in an apparent road rage episode, some of which was caught on video .

ABC's Eva Pilgrim has details on a road rage episode in Massachusetts.