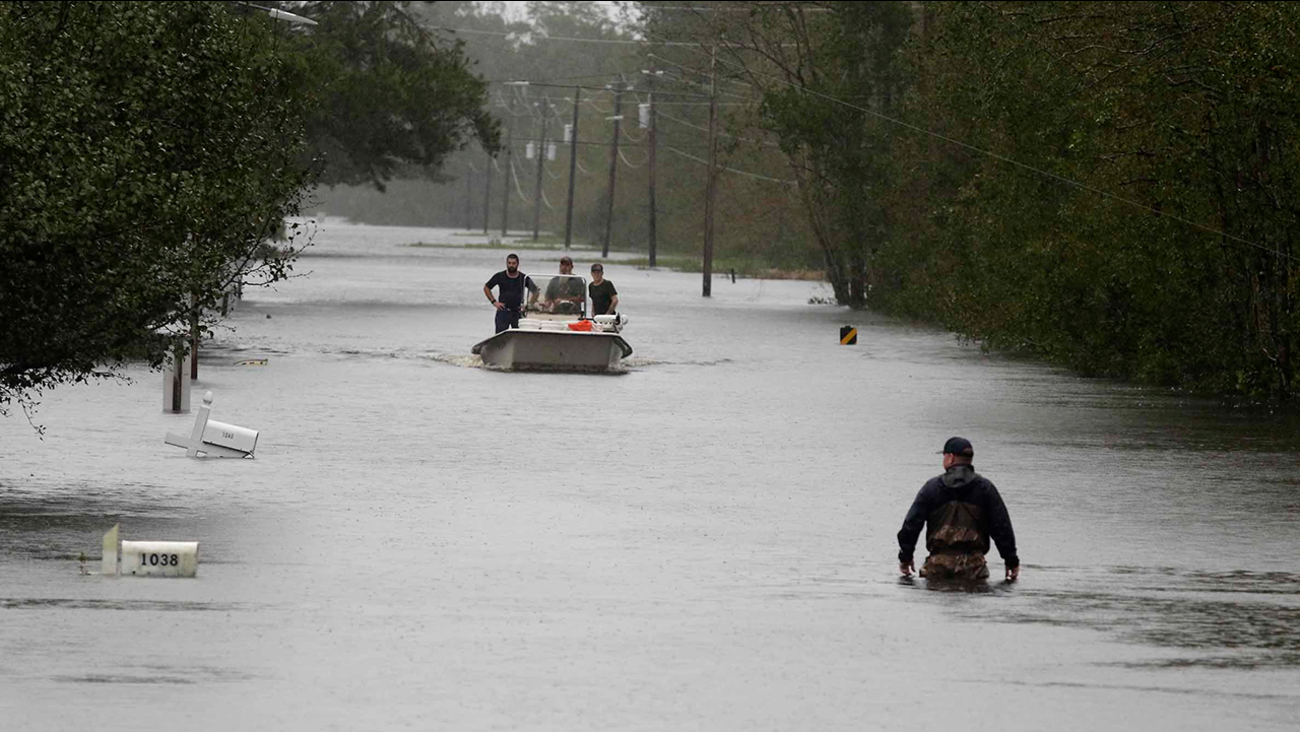 NEW YORK (WABC) -- After making landfall Friday, Hurricane Florence made its way across the Carolinas throughout the weekend and even after weakening to a tropical depression, the storm continued to cause devastating flooding in the region.

Relentless rain from Florence triggers widespread flooding in the Carolinas
As the death toll from Florence grew and hundreds of people were pulled from flooded homes, North Carolina was facing catastrophic, widespread river flooding from the slow-moving storm.
EMBED More News Videos

ABC's Natalie Burrell has the latest updates from North Carolina.

Recovery effort for missing teen swimmer from Queens
What began as a search in the waters off Rockaway Beach in Queens turned into a recovery mission after a 17-year-old got caught in a rip current while swimming and went missing.
EMBED More News Videos

Kemberly Richardson has the latest from Rockaway Beach.

Authorities identify man killed in Cape Cod shark attack
A man was bitten by a shark Saturday in the water off a Cape Cod beach and died later at a hospital, becoming the state's first shark attack fatality in more than 80 years.
EMBED More News Videos

Police identified the man killed in a shark attack off Cape Cod.

CeFaan Kim has the story.