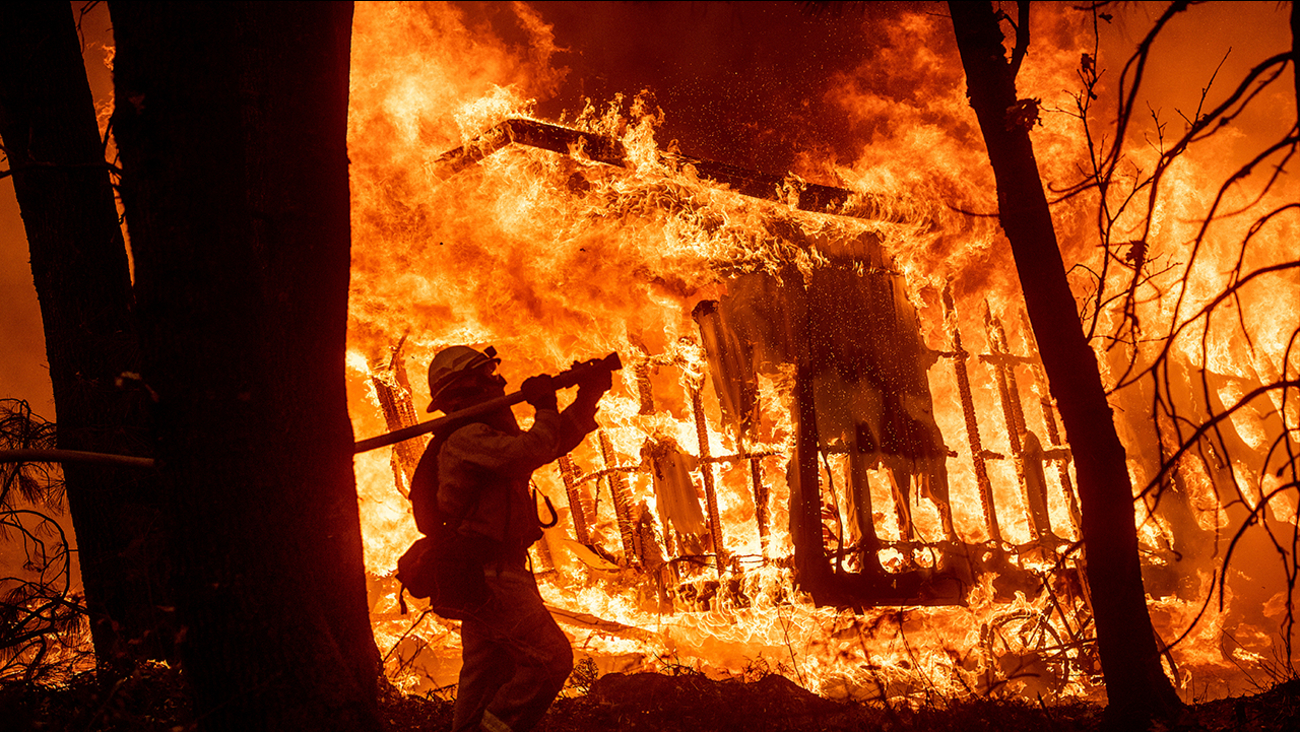 NEW YORK (WABC) -- Fire officials in California had the grim task of searching for victims this weekend following the most destructive wildfire in the state's history. The death toll continued to climb as fires raged at both ends of the state.

Authorities called in a mobile DNA lab and anthropologists to help identify the dead after the blaze destroyed more than 6,700 buildings, nearly all of them homes.
EMBED More News Videos

ABC's Clayton Sandell has the latest on the Northern California wildfires.

Exclusive: Out-of-control SUV driver crashes into bicyclist in Tenafly
Police in New Jersey were searching for the driver wanted in a hit-and-run that injured a bicyclist who had just left a bicycle shop in Tenafly when he was struck.
EMBED More News Videos

Man attacks, robs woman inside Midtown restaurant
Police say a man punched and choked a woman while she was working at Quality Meats on West 58th Street in Midtown, then robbed her of about $400 from her backpack.
EMBED More News Videos

CeFaan Kim has the latest details from Midtown.

2 dead after wrong-way motorcycle crash in Queens
A van was traveling north on a one-way street in Sunnyside when it was struck head-on by a motorcycle traveling south in the wrong direction at a high speed, police said. The driver and passenger on the motorcycle were killed.