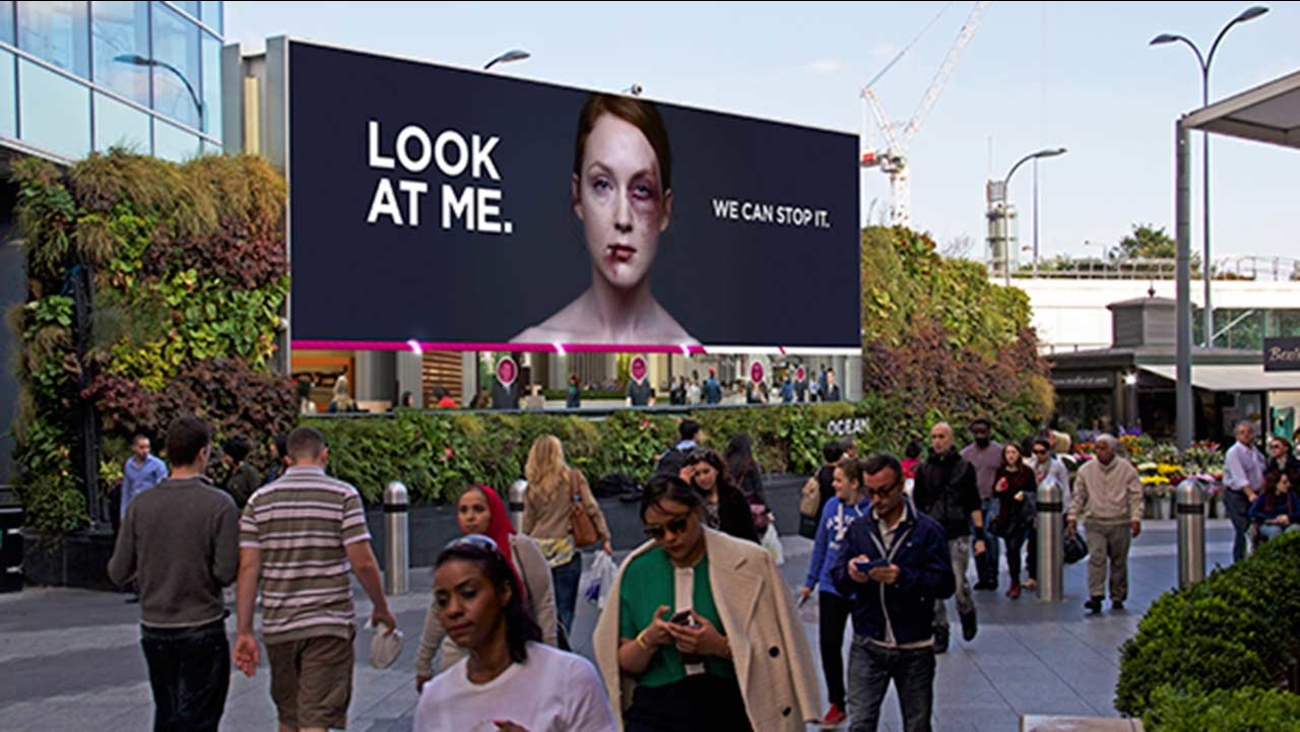 WABC
If no one pays attention domestic violence, nothing will change.

It's a simple idea but a new public service campaign demonstrates the concept in a powerful way.

In honor of International Women's Day on March 8, billboards have been set up around the United Kingdom that interact with passersby to grab their attention for a cause.

Here's how it works: If no one is looking at the billboard, the woman appears battered and bruised by an abuser with the message "Look at me." When sensors pick up on someone watching, though, the woman begins to heal. The more people that pay attention, the more the billboard heals. 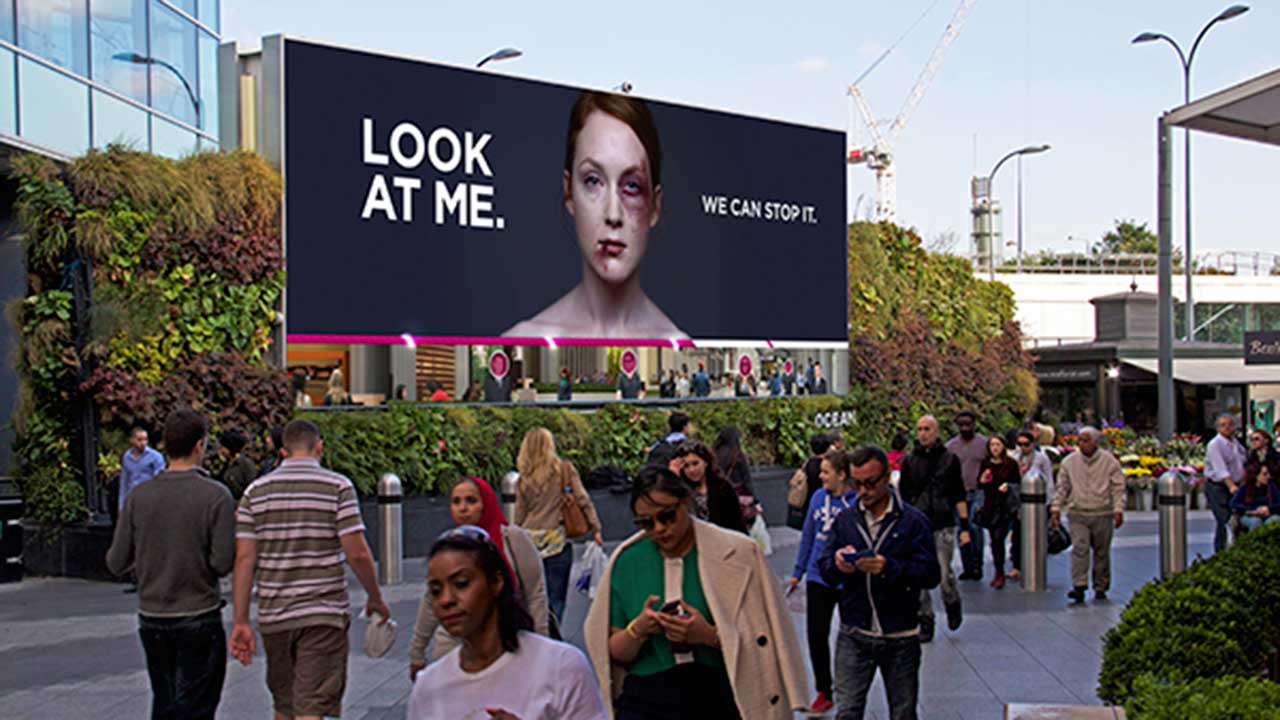 Billboard woman heals when passersby notice domestic violence
The campaign for International Women's Day is called "If you can see it, you can change it."

The campaign "highlights the importance of not turning a blind eye to incidents of domestic violence," according to the advertising company, WCRS.

It also encourages those who notice to donate to Women's Aid, a charity in the United Kingdom that works to help victims of domestic violence.

"Domestic violence is experienced by hundreds of thousands of women every year, but many feel unable to tell anyone because they think that they won't be believed or that people won't understand," said Polly Neate, the CEO of Women's Aid, in a statement. "These women live in an invisible prison: controlled and harmed by the person who should love them most."

The campaign has already won an award in Ocean's Art of Outdoor competition for its interactivity.