AP
By BOB SALSBERG
CHICOPEE, Massachusetts -- The largest single-ticket Powerball prize in U.S. history was claimed Thursday by a Massachusetts hospital worker who promptly quit her job only hours after learning she had won the $758.7 million prize.

"The first thing I want to do is just sit back and relax," Mavis L. Wanczyk told reporters at a news conference. "I called and told them I will not be coming back."

The previous evening, she recalled, she was leaving work with a firefighter and remarked, "It's never going to be me. It's just a pipe dream that I've always had."

Then she read the number on her ticket and realized she had won.

Wanczyk has two adult children, a daughter and a son.

The announcement that a winner had come forward came after a turbulent morning in which lottery officials initially misidentified not only the store that sold the winning ticket, but the town.

But shortly before 8 a.m., the lottery said it had made a mistake, and that the winning ticket was sold at the Pride Station & Store in Chicopee, about halfway across the state. Reporters had descended on the Watertown store hours before it opened around 6:30 a.m.

Massachusetts Lottery Executive Director Michael Sweeney said officials were manually recording the names of the retailers that sold the winning ticket and transcribed it incorrectly. Sweeney issued an apology for the confusion created by the error, but said lottery staff remained thrilled that a jackpot winning ticket and two $1 million winning tickets were sold in Massachusetts - one of those at the Watertown location.

Mike Donatelli, a spokesman for the Pride Station & Store in Chicopee, said the store was notified shortly before 8 a.m. that it had actually sold the record jackpot ticket.

Sweeney said the store will pocket $50,000 for selling the jackpot winner. Bob Bolduc, owner of the Pride store chain, said the proceeds would be donated to local charities.

"The phone started ringing at 8 o'clock" Bolduc said. "We were as surprised as everybody else. We're happy for our customer and we're happy for the charities."

WCVB's David Bienick has more on the lucky Powerball winner.

Powerball is played in 44 states plus Washington, D.C., Puerto Rico and the U.S. Virgin Islands, all of which collectively oversee the game. Drawings are held twice a week. Five white balls are drawn from a drum containing 69 balls and one red ball is selected from a drum with 26 balls. Players can choose their numbers or let a computer make a random choice.
Report a correction or typo
Related topics:
societymassachusettsjackpotpowerballlottery
Copyright © 2020 by The Associated Press. All Rights Reserved.
LOTTERY 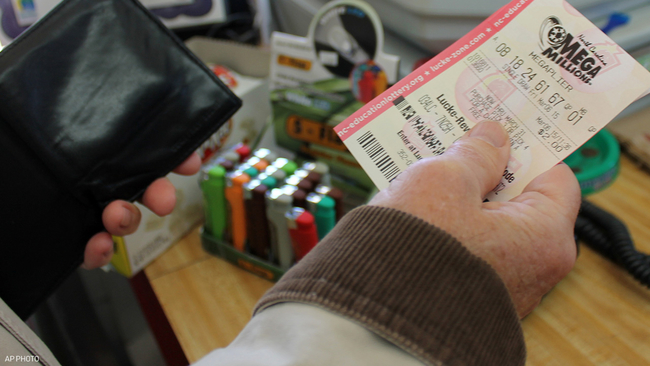 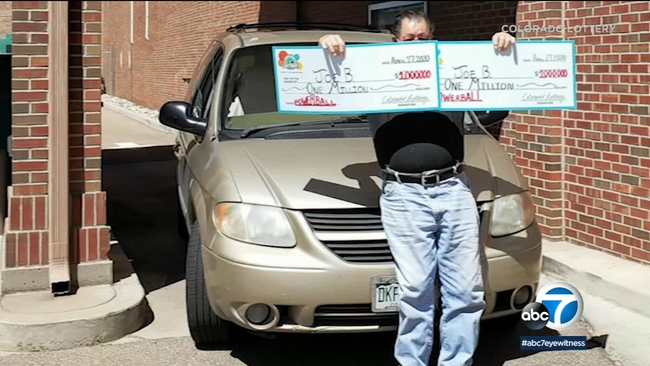