Woman abandoned as a baby in Brooklyn finally learns her story 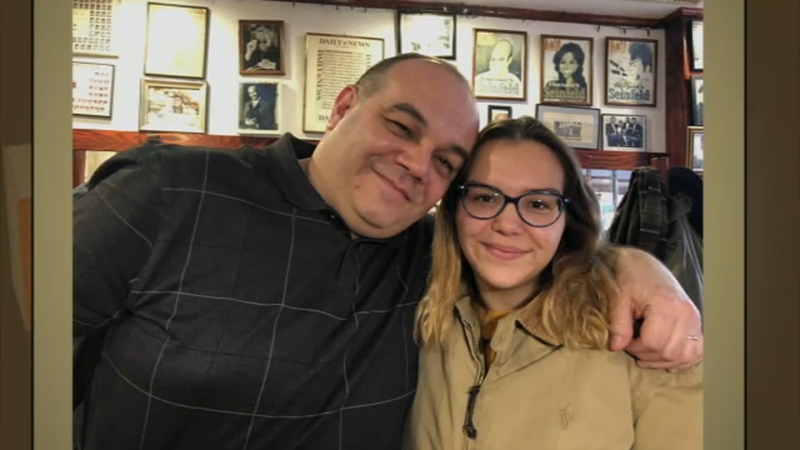 Woman abandoned as a baby in Brooklyn finally learns her story

NEW YORK CITY (WABC) -- She was left in a bag as a newborn back in 1996, abandoned in the lobby of a building in Brooklyn.

Now, more than two decades later, thanks to DNA testing, a young woman has some answers - and a new relationship with her birth father.

Her name is Eleni. She was just three days old when her mother left her in a shopping bag in the foyer of that South Brooklyn building, with a heartfelt and regretful note attached.

It was signed by a desperate mother who knew she did not have the resources to be a parent.

The case made big headlines, and Eleni was eventually adopted by a loving local couple. She would not fully know her heartbreaking backstory until many years later.

Her search for self-understanding led Eleni to the popular DNA company 23andMe.

Through the company she was able to track down relatives, including her father. He never even knew Eleni's mother had been pregnant.

"It's like I have a whole other family," she said. "It's really great, like a whole family I never knew or thought existed, really."

The meeting happened a few weeks ago at the Upper West Side diner made famous in the TV series "Seinfeld."

Keith has a family of his own these days, but Eleni and her adoptive parents have been welcomed with open arms.

"It went perfect," she said. "Like, we hugged and then it all just felt natural. It felt like I've known him my whole life."

Eleni's efforts to reconnect with her biological mother have not gone as well, but Eleni, now a working college student, remains patient and compassionate.

"I'm hoping one day she'll want to meet me," she said. "I've always wondered what she looks like and stuff."

Eleni's birth name, Sarah, is tattooed on her wrist.

"I forgive her for the past, but what happens from now on kind of, like, up to her," she said.

Eleni's story is a reminder that what's lost can always still be found - a reminder to always have hope.