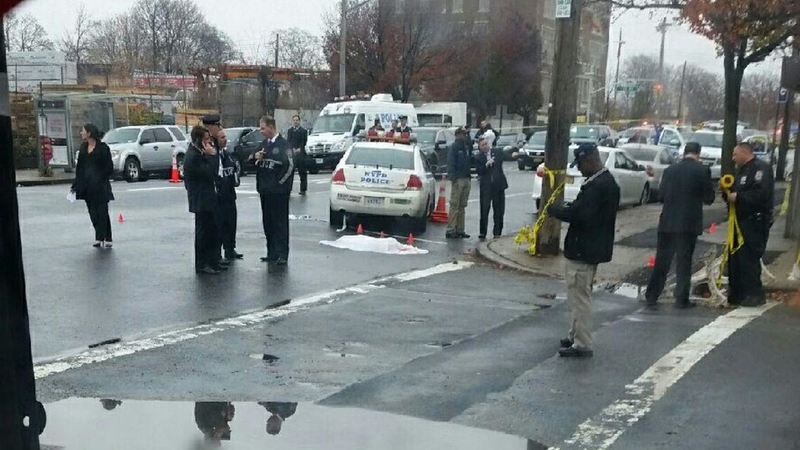 At around 10 a.m., police responded to the scene on 128th Street near the intersection of Rockaway Boulevard in South Ozone Park.

They say they saw a 25-year-old man with a hammer and a 27-year-old man armed with a metal pipe, as well as two attack dogs confronting a 24-year-old burglary suspect.

When one of the officers got out of the patrol car, the dogs aggressively turned toward the officer.

The dogs were shot along with two of the three men.

The dogs were taken by Animal Car and Control.

The burglary suspect, identified as 24-year-old Gary Petersen, was shot in the left leg and also suffered a dog bite to his right shoulder.

Petersen is now facing charges of burglary and criminal mischief.

All of the injured are expected to recover from their injuries.