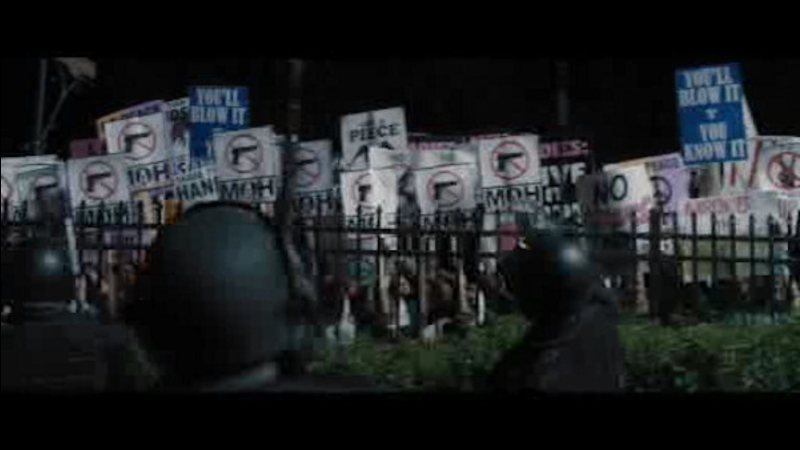 NEW YORK (WABC) -- Gun violence had got Spike Lee thinking and sent him searching for answers among the ancient Greeks, where he found inspiration for his latest film. Who knew Aristophanes could be so relevant or that his most famous play could be so entertaining as a film?

"Chi-Raq" could not be more timely, nor its message more relevant. A mother has seen her child murdered in the street, and as played by Jennifer Hudson, she will break your heart.

Pain is everywhere on Chicago's South side, but the script is based on a play written 25 centuries ago about a woman who lived in ancient Greece.

Her motive remains the same - to get men to stop killing each other. So the mother, named Lysistrata, convinces the other women in the neighborhood to go on strike and deny their men any and all sex.

The men do not take this well, but the women prevail.

"Chi-Raq" is that rare movie that is as important as it is entertaining, thanks in part to narrator Samuel L. Jackson and director Spike Lee.

The film could have done without John Cusack's sermon that plays like a very long newspaper editorial and stops the movie cold. But the rest of the film will make viewers laugh and cry - often at the same time.