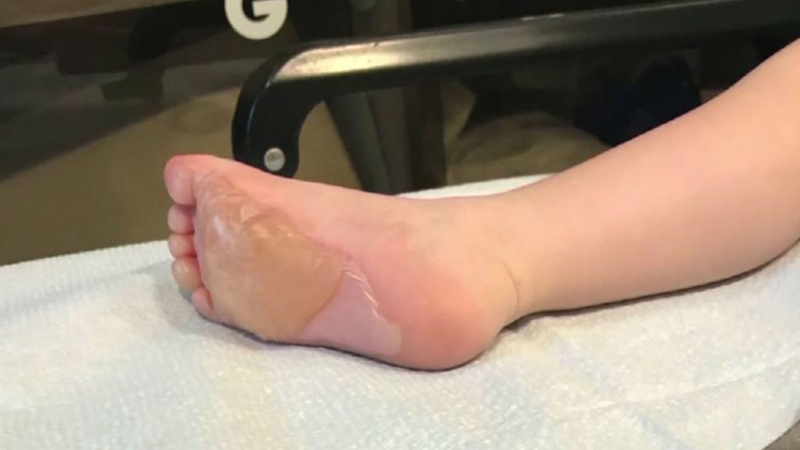 SEATTLE, Washington -- A father says his son burned his feet on a grate near a Seattle splash park, KCPQ-TV reports.

Andrew Sechrist said he heard his son, Jackson, crying while playing at a splash pad on Thursday. At first, he thought is 1-year-old son fell down.

"His feet were white. The skin, they had basically melted," Sechrist said. That is when he realized his son walked across a hot grate.

Sechrist says his son had to go to two different hospitals.

"The nurses were looking at his feet, and they were going, 'oh my God,'" he said.

The little boy also had to spend the night there and now has to wear these bandages for the next couple weeks.

"Hopefully someone from the city of Seattle knows that it happened and can fix it," Sechrist said.