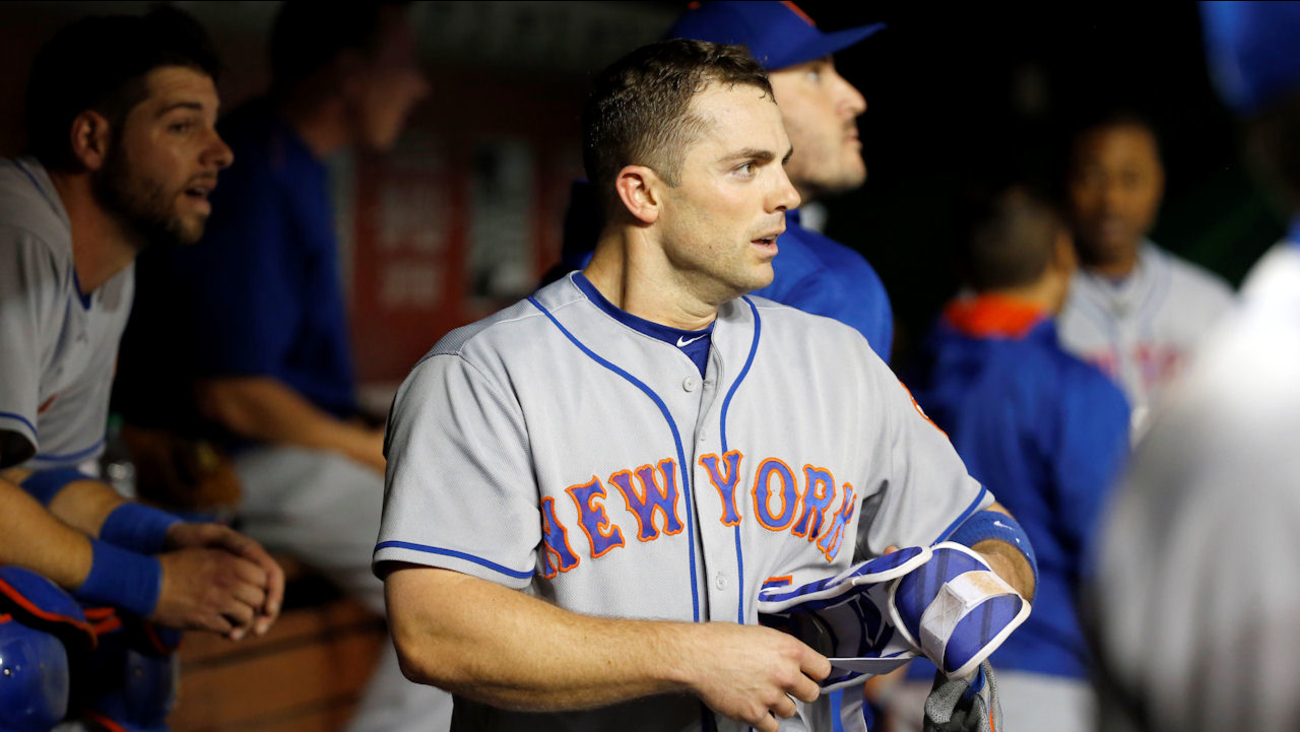 David Wright pauses in the dugout after his three-run homer during the third inning of a baseball game against the Washington Nationals at Nationals Park on May 23, 2016 (AP Photo/Alex Brandon)

FLUSHING, Queens (WABC) -- Longtime New York Mets star David Wright announced Thursday that he will be returning to the field this season.

The third baseman, who has not played an MLB game since 2016, will be activated on September 25.

The captain will start at third on September 29, saying he expects to be finished playing baseball after making one more start in the team's second-to-last game of the season.

He said he doesn't believe his body, which has required multiple surgeries on his shoulder, back and neck, will allow him to play again afterward.

Although he's not officially retiring, Wright is not expected to play again after this season.

"The way I feel right now and from everything the doctors have told me, there's not going to be an improvement," Wright said when asked if he could play beyond 2018. "So, yeah, I don't see that as a possibility."

Mets Chief Operating Officer Jeff Wilpon and Senior VP of Baseball Operations John Ricco joined Wright for an emotional news conference prior to the club's doubleheader against the Marlins to make the announcement, ending speculation on whether the seven-time All-Star would return.

"David Wright is a Mets icon, one of the finest players and people ever to wear the uniform, Mets uniform or any uniform, and clearly our fan favorite," Wilpon said.

"Despite more than two years of hard work, three surgeries and a rehab assignment, his body's still preventing him from making it back. I've had many conversations with David and he's told me that he wants to end this year on our active roster."

The 35-year-old hasn't played for the Mets since May 27, 2016. He began his latest comeback in August at Class A St. Lucie, hitting a combined .171 with a double and two RBIs in 41 at-bats during 10 games for St. Lucie and two with Triple-A Las Vegas.

He took batting practice and participated in a simulated game in New York over the past week.

Wright has salaries of $20 million this year, $15 million next season and $12 million in 2020, the final year of his deal. When the Mets reinstate him from the 60-day disabled list, they could diminish the amount of insurance money they could collect on his contract.