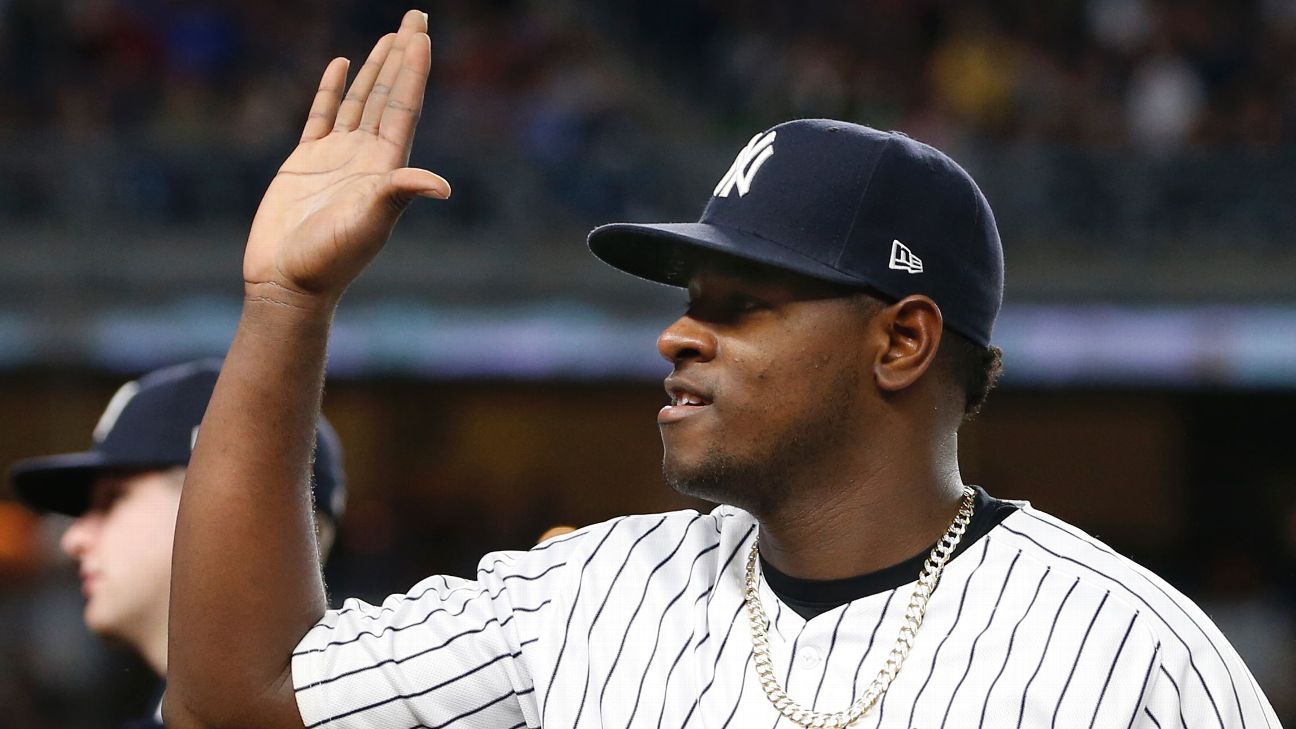 NEW YORK -- Luis Severino might be the Yankees' ace now, but the franchise is hoping another Severino he knows quite well might compete with him for that title in the future.

The younger Severino was given the news by Luis Severino, who had been told of the organization's signing plans by a friend affiliated with the Dominican-based International Prospect League in which Rafael Severino has been competing most recently.

"He was flipping out. He didn't believe it," Luis Severino said at Yankee Stadium on Monday afternoon, recalling the phone conversation he had with his brother.

Yankees manager Aaron Boone was pleased with the news, and was happy to hear of the potential the young pitcher might have.

"Yippee ... sign me up for that," Boone said. "It's definitely good to have another Severino in the mix."

As the 24-year-old Yankees right-hander explained to his younger sibling, this is the first step to a potential big league career.

"When he went to the academy, it was like, 'Oh my God. This is so amazing. This is great,'" Luis Severino said. "I say, 'This is the bottom line. This is the first step. If you start working, that's nothing.'"

Luis Severino -- who improved to 13-2 after beating the Red Sox on Sunday night, and who could be a candidate to start the All-Star Game for the American League later this month -- believes his brother is even better at 19 than he was.

"I had my fastball and slider, obviously," Luis Severino said. "He has all these pitches that he can throw whenever he wants. He's going to be really good."

According to Luis Severino, Rafael Severino already has a changeup and sinker in addition to his fastball and slider.

Although Rafael Severino hovers at about an 88-89 mph with his fastball now, Luis Severino believes with weight-room work that it won't be long before his brother is nearing the triple digits he himself often hits at the big league level.

"He doesn't throw that hard, he's really skinny," Luis Severino said. "But when he gets stronger, he's going to throw hard."

Just how skinny is Rafael Severino? "A hundred pounds?" his older brother said, laughing with reporters.

"He can run for one hour and doesn't get tired," Luis Severino added, mentioning that he had worked with his brother during the offseason.

Rafael and Luis are the youngest of four Severino children (three boys, one girl). They also are the only ones who have signed with a major league team.

The rarity of such a familial accomplishment isn't lost on Luis Severino.

"Every time somebody in your family, even your cousin or somebody like that, has the opportunity to play professional ball, it's really important in the Dominican," Luis Severino said. "[Our parents] have to be happy. I don't know about him, but I'm happy. Like I said, they should be proud. He's a great kid. The discipline is first. He's really disciplined, and I think he's going to do a good job here."
Report a correction or typo
Related topics:
sportsespninternational prospectmlbluis severinonew york yankeesrafael severinodominican republicacademy
Copyright © 2020 ESPN Internet Ventures. All rights reserved.
More Videos
From CNN Newsource affiliates
TOP STORIES