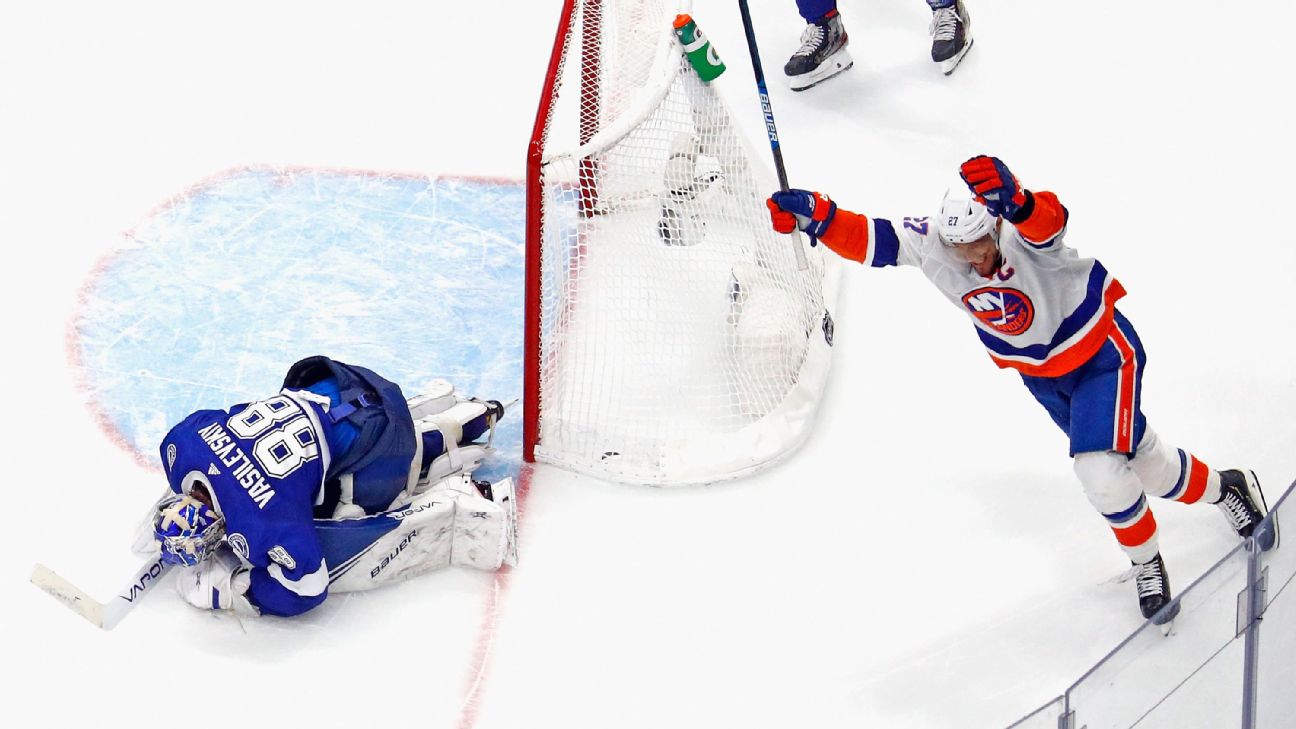 The Dallas Stars are in the Stanley Cup Final for the first time in 20 years ... and they'll have to wait a little bit longer to find out who they are playing.

The New York Islanders kept their season alive by besting the Tampa Bay Lightning in a double-overtime Game 5. I wish I could say this game was a thriller, but it felt more like filler content, especially as the third period and overtime ticked along.


But the Eastern Conference finals will continue on for at least another game, and there's nothing wrong with that.

More: What the Golden Knights should prioritize this offseason to get better.

With the Islanders facing elimination, coach Barry Trotz went with 11 forwards and seven defensemen, and put his lineup into a blender. "Lines were shuffling," Jordan Eberle said. "I don't even know if there were lines." Though New York played a structured game, it didn't generate much offense. The Islanders had just 24 shots in nearly 90 minutes. This was a battle of will -- through the first overtime period, the teams combined for more blocked shots (52) than shots on goal (49). But finally, it was Eberle who scored the game winner nearly four real-time hours after the opening puck drop.

Trotz's message to the team before the game: "Let's have fun with this. We worked too hard. Let's not have any regrets." Lightning coach Jon Cooper liked the way his team played, and thinks they'll be just fine if they keep playing that way. "I like our chances," Cooper said. "We believe in what we are doing."Full recap.

Question of the day: How far can the Isles push the Lightning in this series?

Since the conference playoff format was introduced in 1982, teams that hold a 3-1 lead in the conference finals go on to win 97% of the time (34-1). History is on the Lightning's side. But this is 2020, and not only can anything happen, but the Islanders are like the cockroaches of the bubble. Trotz's team just won't go away.

So now, instead of having the Stanley Cup Final start on Thursday, we'll get Game 6 of this matchup. To win, the Islanders will once again be looking for production from their top stars. Don't be surprised if Trotz keeps shuffling the lines. And if they could get the power play actually clicking (the Isles were 1-for-3 on Tuesday, but had some rough stretches on the man advantage), it could be a turning point.

If the Lightning feel pressure, they're not letting on that this is the case. "It came down to one play," Lightning defenseman Victor Hedman said of the loss. "It's tough for us. It's how you respond to this that will define you as a team. We're not worried."

Next on the schedule...

The Lightning blew their first chance at closing out the Islanders. Can they get it done on Thursday? One thing to monitor: Will Brayden Point, who missed Game 5 (as well as Game 3) return? "Too hard to tell right now," Cooper said directly following Game 5.

The Islanders picked up momentum after an elimination-starving double-overtime win (in which they recorded just 24 shots) on Tuesday. "I think coming into this [Edmonton] bubble we were pretty gassed, I'll be straight up," Trotz said. "But I think as the series has gone, we've caught up in that area."

"He puts a lot of pressure on himself when he's not scoring," Trotz said. "He has a pretty high level of expectations he puts on himself."


The Islanders goaltender turned away 36 of 37 shots (.973 save percentage) to keep the Islanders' season alive. "I didn't have a chance to play a lot of playoff games in my NHL career," Varlamov said. "I'm just happy to be here today and play in this playoffs. We're playing in the conference finals, it's a big deal for us, our fans on Long Island, everybody's watching and rooting for us." Also, he had the best celebration of the night (see below).

Hedman scored his eighth goal of the playoffs, the most goals by a defenseman in a single playoff year since Brian Leetch of the Rangers scored 11 in 1994.

"He has definitely earned the right to come back as the coach." -- Stars GM Jim Nill on his interim coach, Rick Bowness. There's no question that Bowness -- who at age 65 is the oldest coach in the league, and has 30-plus years of coaching experience -- has earned a job with the Stars next season. The question is: Will they offer him something he believes is fair?

Whiff of the day

Kevin Shattenkirk has been a revelation for the Lightning this season. After being bought out by the New York Rangers, Shattenkirk rehabbed his career on a low-risk, one-year deal with Tampa this season, and will have a decent market as a free agent this offseason. This, however, was not his finest moment. In double overtime, Shattenkirk fanned on a shot from the point, and the Islanders pounced for the game-winning goal. It's a play he simply cannot make.

Bubble moment of the day

The New York Islanders, they're not going home! 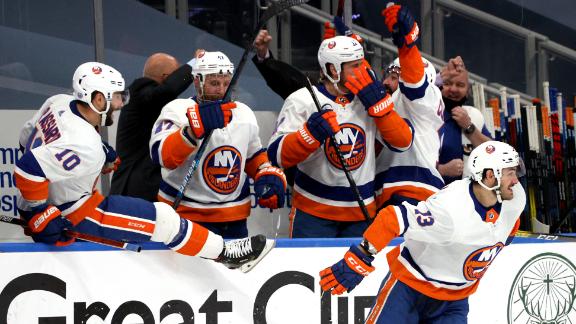