2020 WNBA schedule: The 12 must-see games of the regular season 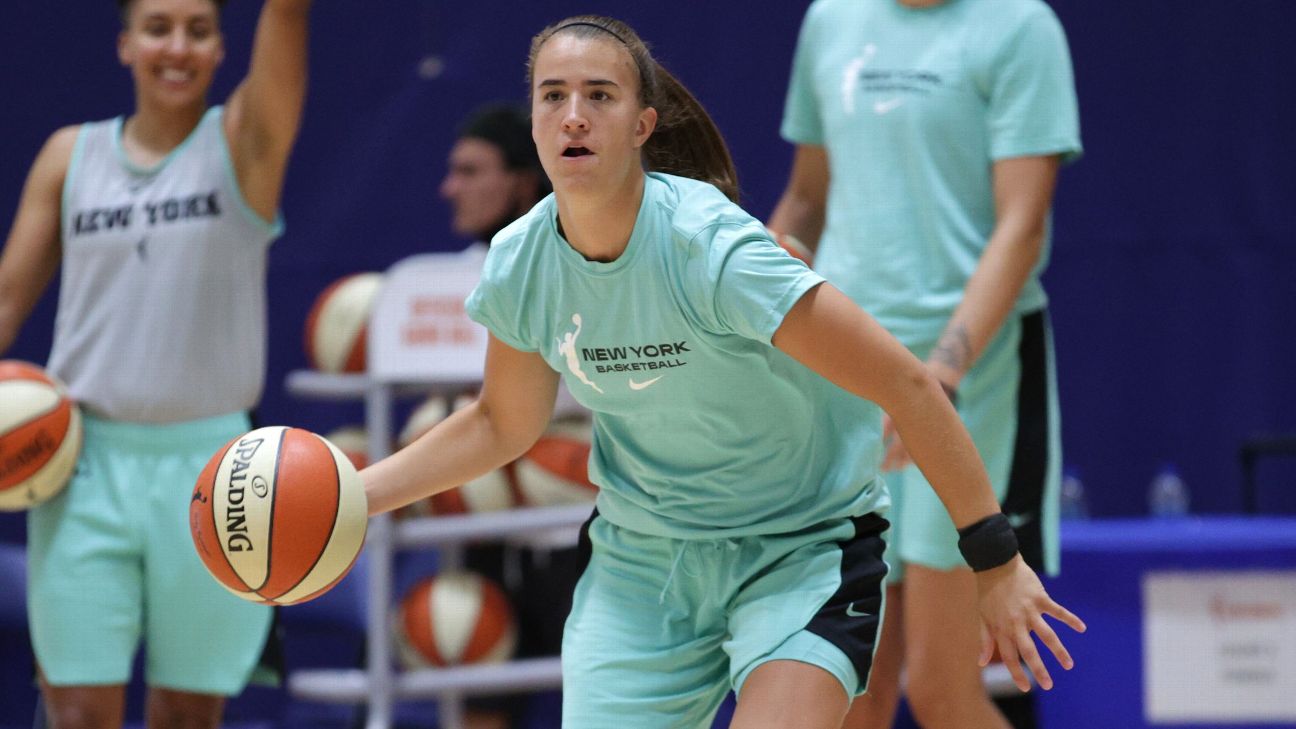 The new schedule for the WNBA's unorthodox 2020 season -- 22 games per team to be played on neutral sites -- is finally here, and it's time to highlight must-see games.

While some of the league's biggest names are sitting out this season, there still promises to be plenty of excitement and drama with the debut of an anticipated rookie class led by former Oregon star Sabrina Ionescu and two WNBA legends, Sue Bird and Breanna Stewart, returning after a year lost to injury.


With that in mind, let's look at 12 of the season's biggest games.

The 2020 campaign tips off with the first matchup between Ionescu and Bird, two point guards with ties to the Pacific Northwest at opposite ends of their careers. For Bird and Stewart, it will be their first WNBA action since helping the Storm win the 2018 championship before surgeries ended their 2019 seasons before they even began. Both players returned to the court for USA Basketball last offseason, including Bird playing against Ionescu as Oregon became just the second college team ever to beat the national team.

Later on opening day, we get our first look at the Mercury after a bold offseason remake of the roster highlighted by trading for All-Star Skylar Diggins-Smith to pair in the backcourt with the WNBA's all-time leading scorer, Diana Taurasi. Up front, Phoenix-L.A. matchups have long meant Brittney Griner squaring off against the Sparks' starry frontcourt duo of Nneka Ogwumike and Candace Parker.

Day 2 of the season brings us a rematch of last year's thrilling playoff matchup between the Sky and Aces, decided when Dearica Hamby's prayer from just across halfcourt was answered. With seven of the eight players who saw at least 10 playoff minutes returning, Chicago will hope to rely on continuity. The Aces lost All-Star center Liz Cambage, who is expected to miss the season for health reasons, but still boast a strong frontcourt of Hamby and A'ja Wilson.

The first rematch between the teams that met in last year's WNBA Finals will have a very different look. Connecticut, which had already lost starters Shekinna Stricklen and Courtney Williams to free agency, saw Jonquel Jones become the first star player to decide against playing 2020. Meanwhile, MVPs Elena Delle Donne and newcomer Tina Charles are awaiting rulings on whether they'll be medically excused from the 2020 season, with their status uncertain if the panel of independent doctors clears them to play. Still, coaches Curt Miller and Mike Thibault are two of the league's best, and they'll have a shortened training camp to rebuild their rotations.

The last time Ionescu and Oregon teammate Satou Sabally were on the court together, they were cutting down the nets as the Ducks celebrated winning the Pac-12 Tournament. Though Oregon's hopes of a national championship were dashed when the NCAA tournament was canceled due to the coronavirus pandemic, Ionescu and Sabally still got to celebrate being the top two picks of the WNBA draft. They'll be on opposing sides for the first time as pros during the season's first week.

After 10 seasons with the Dream -- including last season's ceremonial appearance in the final game of a year lost to a knee injury -- Angel McCoughtry signed with Las Vegas over the offseason, and she won't have to wait long for a first matchup against her former team. Granted, Atlanta's roster looks very different from when McCoughtry was injured during the 2018 WNBA semifinals -- just three players from that team remain active -- but it will be an emotional moment nonetheless.

The last two champions, the Storm and Mystics, met in the 2018 WNBA Finals and would have been favored for another matchup if Washington were at full strength. As is, the Storm will have to contend with 2019 Finals MVP Emma Meesseman and a shooting-heavy Mystics lineup that could also feature one-time Seattle draft pick Tianna Hawkins in a more prominent role this season.


There's unfinished business between Sabally and Indiana rookie Lauren Cox, taken one pick later at No. 3. The two were on opposing sides as Cox's Baylor team knocked off Sabally and Oregon in the 2019 Final Four en route to the NCAA title. Now they'll match up for the first time as WNBA foes.

The last time close friends Bird and Taurasi squared off against each other, Bird's huge fourth quarter helped propel the Storm past the Mercury in a 2018 WNBA semifinals matchup that went the distance. With both players heading toward the finish line of their careers, it's unclear how many more Bird-Taurasi matchups we'll get, and they're worth savoring -- particularly since both teams enter this season as title contenders.

The No. 1 overall pick of the 2006 draft, Seimone Augustus, eventually became a key part of the WNBA's greatest modern dynasty in Minnesota, winning four championships and earning Finals MVP honors in 2011. Augustus spent 14 seasons with the Lynx, and her first matchup against her former team -- which also happens to be a rematch of the 2016 and 2017 Finals -- figures to be a special night.

The relationship between Diggins-Smith and the Wings, her organization throughout her WNBA career (which began in Tulsa before the team's move to Dallas), turned sour during the 2019 season as she sat out after giving birth. After her desire to leave was facilitated by a trade, Diggins-Smith will face her old team for the first time at the start of the third week of the season.

This far out, it's tough to say what might be at stake on the final day of the WNBA regular season, but this game has the best chances of helping decide playoff seeding. The Sparks and Aces finished a game apart in the standings last season and should both be in the mix again this year.
Report a correction or typo
Related topics:
sportsespnchicago skywnbanew york libertydallas wingsseattle stormatlanta dreamlas vegas acesindiana feverconnecticut sunespnwphoenix mercurylos angeles sparksminnesota lynxdailywashington mystics
Copyright © 2020 ESPN Internet Ventures. All rights reserved.
More Videos
From CNN Newsource affiliates
TOP STORIES