2021 WNBA playoffs: Is it time for the league to dump single-elimination games? 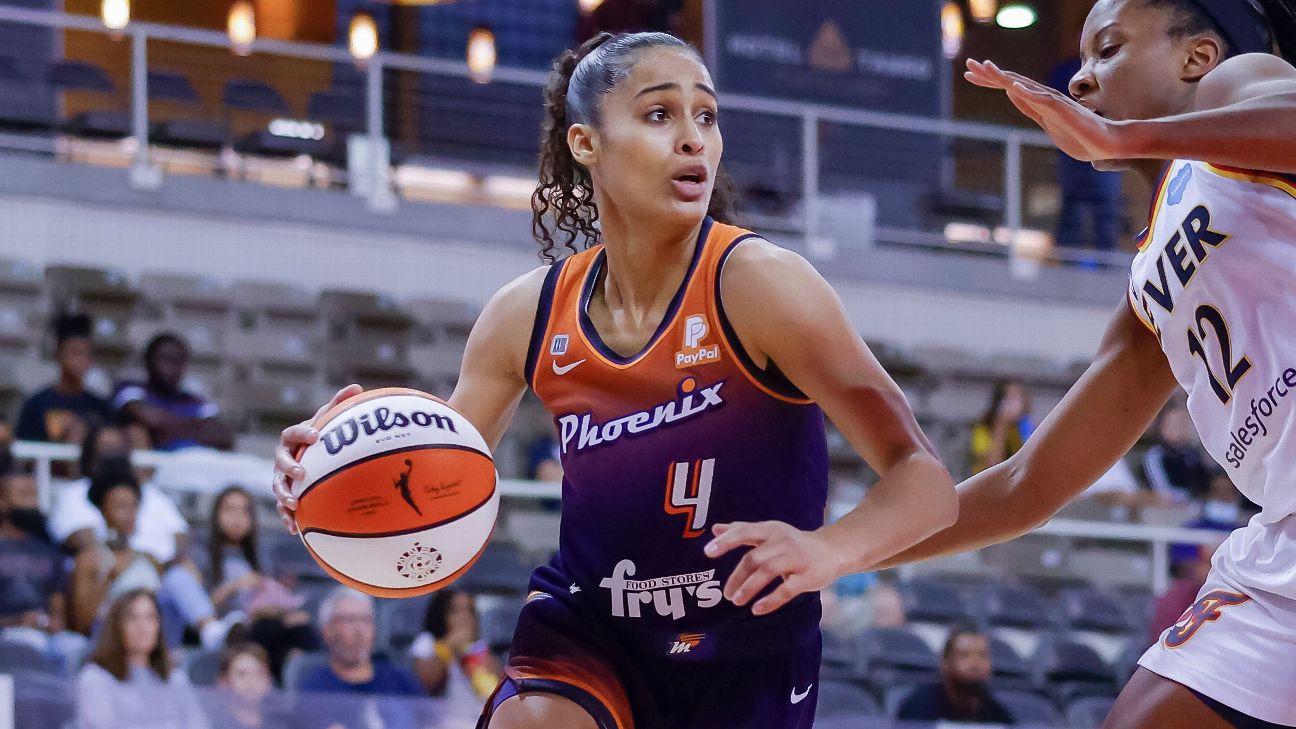 After battling since mid-May, eight teams advanced to the 2021 WNBA playoffs -- but the season will end for two of them by the end of Thursday night. A journey taking months of work will be over in one game.

The current playoff format -- beginning with two single-elimination games Thursday as Chicago hosts Dallas (8 p.m. ET, ESPN2) and Phoenix hosts New York (10 p.m. ET, ESPN2) -- has been in place since 2016. After six years, is it time to think about changing the format again, or is this still the best way to run the WNBA postseason?

The consensus is that single-elimination games are far from ideal. But is there a substantive move to no longer have them? Yes, and it could happen perhaps as early as next season. As one WNBA coach put it, "I think we're really close." That would mean four first-round series and no more byes.

The WNBA had no comment on whether any potential changes were being considered.

What is the biggest problem with this format?

Coaches and players we spoke to do not like single-elimination games. Even those teams that benefit from the double-bye into the semifinals understand the drawbacks of the first and second rounds.

"I think every coach and GM in the league is advocating for series," said Curt Miller, coach/general manager of the top-seeded Connecticut Sun. "While this [system] benefits 1-2, you've seen some teams that have outstanding seasons -- including us in 2017 and '18 -- be a 3- or 4-seed, work their tails off for four or five months, and in one [disappointing game], you're out.

"We're a pro league, and we believe we deserve series. Hopefully, we'll get there sooner than later. And just get rid of the byes."

The WNBA isn't the only pro league that has a single-elimination and series format. Major League Baseball has single elimination for its two wild-card teams in each league, with the winner moving on to the best-of-five division series, followed by best-of-seven league championship series and the World Series. But in MLB's format, eight teams get to play in the series format, compared to four for the WNBA.

One GM acknowledged to ESPN that there was a possible benefit in single-elimination for a team that could be good enough to beat almost any other team once, but might not be able to win a series against a better-seeded team. That's the NCAA tournament-like part of the WNBA's setup, but the Cinderella aspect doesn't translate as well in an eight-team field as it does with 64 teams. -- Mechelle Voepel

What was the previous format?

What were the disadvantages of that format?

Perhaps the biggest one was that in a relatively small league, it didn't necessarily maximize the playoff potential to separate between East and West. There were seasons when one conference might have two or three of the best teams, but they would have to eliminate each other before the WNBA Finals.

This also can happen in larger pro leagues, too. But splitting playoffs into conferences/divisions when a league has so many more teams is more understandable and likely even unavoidable so that the postseason matchups mesh with a balanced regular-season schedule.

In the WNBA, the conference split was sometimes an obstacle to getting the best possible matchup in the Finals.

Since the current format started, there have been four Finals matchups that couldn't have happened under the old system: Minnesota-Los Angeles in 2016 and '17, Washington-Connecticut in 2019 and Seattle-Las Vegas in 2020. The first three of those went five games and were really entertaining series to watch.

Another disadvantage: The 1-1-1 format for the three-game series meant a lot of travel, which meant expense. Before going to 1-1-1, the league started all three-game series at the lower seed, with Games 2 and 3 (if necessary) at the higher seed. There was less travel, but it meant your "reward" for being a higher seed was playing your opener in a three-game series on the road.

Lastly, the best-of-three conference finals seemed too short. Now that round is called the semifinals, and best-of-five seems a fairer format for the last four teams standing. -- Mechelle Voepel

How much does single-elimination and playoff byes change the odds?

We can use my playoff simulations to estimate the impact of the current WNBA playoff format as compared to playing best-of-three series until the Finals with the same seeds as now.

Here are my projected chances of reaching the semifinals and WNBA Finals and winning the championships under the current format:

And here they are with best-of-three series for the first two rounds and no byes:

As much as observers tend to focus on the idea of the No. 3 and No. 4 seeds facing single-elimination, their odds of advancing to the semifinals wouldn't be much better under a best-of-three format, because there's no chance of an upset allowing them to face a bottom-two seed. They'd be locked into more difficult matchups with Phoenix and Chicago this year.


Instead, where the current format really hurts the No. 3 and No. 4 seeds is in the semifinals. If they advance, they're guaranteed to face the top two seeds, who don't have to risk an early elimination. And the best-of-five format of the semifinals reduces the chances of an upset there, as we've seen play out historically: Just one time in the five years it has been used has either of the top two seeds failed to reach the Finals.

Under the current format, I project Connecticut and Las Vegas to face off in the Finals nearly two-thirds of the time. If we were using the old format, we'd expect it less than 40% of the time. That's where the impact of the double-bye really comes to the forefront. -- Kevin Pelton

What is the best setup that is realistic?

Money and timing are always major factors. Is it the best thing to try to return to a format that uses series at each round? Minnesota coach Cheryl Reeve said by not having all series, the league is missing out on showing what draws the most fans.

"I think we shoot ourselves in the foot with the playoff format; it's the best time of our season, but we're limiting games played," she said. "We don't get to see as many of the great series that people tend to get emotionally involved in."

The best setup might be to keep parts of both the former and current formats. Don't return to the conference split, but keep the top eight seeds. Have a first round consisting of four best-of-three series: 1 vs. 8, 2 vs. 7, 3 vs. 6, 4 vs. 5.

One of the obstacles will be the season schedule. The FIBA World Cup is next year, Sept. 23-Oct. 3 in Australia, so the league would have to squeeze in more playoff games if the format changes, along with a compacted regular season. And if the league goes to a 36-game schedule as was initially planned pre-pandemic, plus an All-Star Game, plus the Commissioner's Cup final, it's going to be asking a lot of the players.

One GM suggested that maybe every other year, when there is either the Olympics or FIBA World Cup, the league's regular season might be trimmed by two games to help the schedule not be quite as crammed.

Another coach said that having the first round, semifinals and WNBA Finals all be 5-5-5 someday might be ideal. A bigger dream at some point might be the WNBA Finals being best-of-seven. But for now, getting away from single-elimination games and byes would be a good thing, the coaches say.