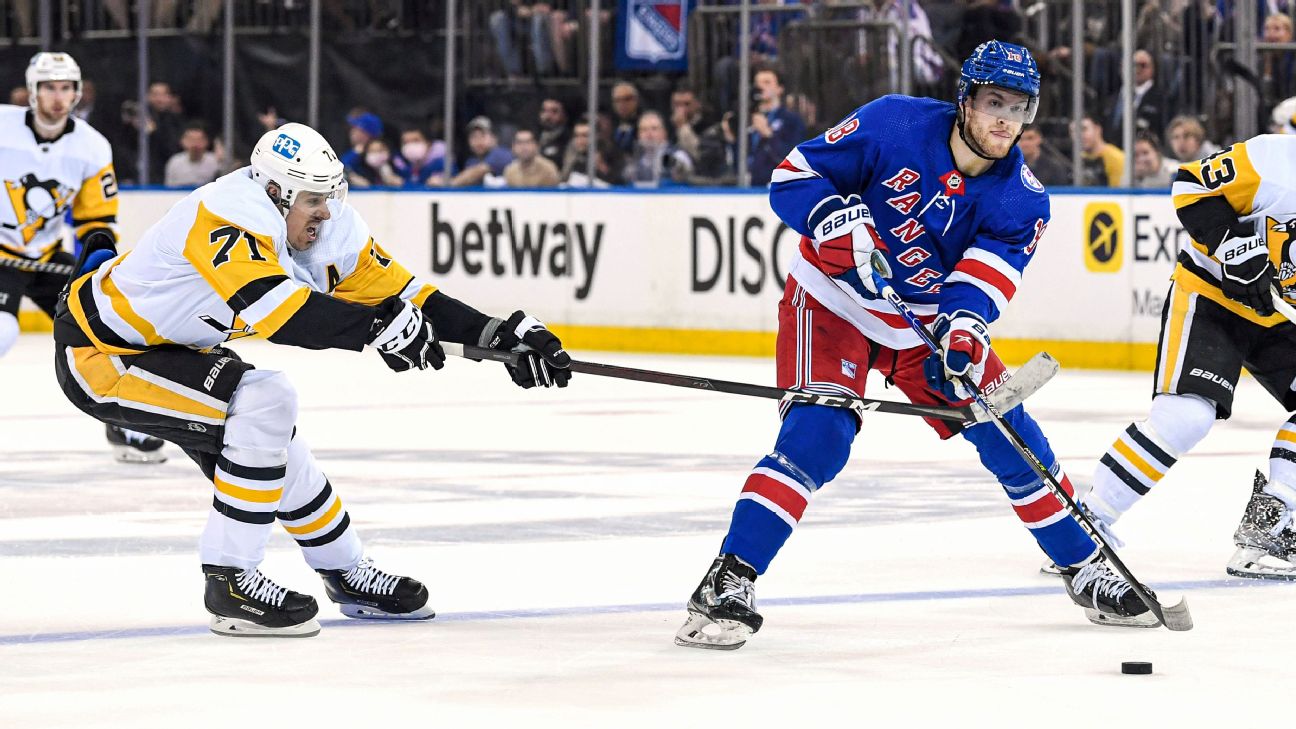 We've made it to the final two games of the first round of the 2022 Stanley Cup playoffsto determine which two clubs will advance and which two will get their summers started a little early.

To help get you ready for Sunday's NHL Game 7s -- Pittsburgh Penguins at New York Rangers (7 p.m. ET, TNT) and Dallas Stars at Calgary Flames (9:30 p.m. ET, ESPN2) -- we're breaking down a path to victory for each team, identifying the X factors in both contests and predicting the final scores.

Path to victory for Pittsburgh: Pittsburgh might not know well ahead of time whether Sidney Crosby or Tristan Jarry will be available in Game 7. But a team can hope (for both).

Regardless of who's in the lineup, the Penguins should lean on what has generated success for them to date, and that's throwing off Rangers netminder Igor Shesterkin. The Vezina Trophy finalist was average at best through the series' first five games, and the Penguins created plenty of traffic and scoring opportunities to make that the case. Crosby was a primary factor in much of Pittsburgh's offensive success before being knocked out of Game 5, but the formula is there for the taking regardless of who's dressed in black and gold.


Shesterkin has unquestionably been New York's MVP all season. So while slowing down the likes of Chris Kreider, Mika Zibanejad and Artemi Panarin is helpful, the way through for Pittsburgh is recognizing that, for whatever reason, Shesterkin is not impenetrable. That's the Penguins' open window to break through. -- Shilton

Path to victory for New York: The easiest path to victory for the Rangers would be the one that didn't have a Crosby-shaped roadblock in the way. When he's in the lineup, the Penguins' top line dominates at 5-on-5 and acts as a stabilizing force in road games. When he's not in the lineup, the Penguins are an easily flustered bunch -- giving up two-goal leads in Games 5 and 6, post-Crosby -- whose special teams troubles are exacerbated.

But outside of the Penguins' lineup, the key for the Rangers in Game 7 is not to be such a defensive pushover in the early part of the game. The Penguins built a lead in Game 6 because the Rangers were, to quote coach Gerard Gallant after Game 4, "playing soft." It's great that they can score in bunches and rally against Pittsburgh. It would be better, especially for Shesterkin, if they tightened up defensively at 5-on-5. -- Wyshynski

Shilton's X factor:It's the depth scoring for the Penguins. Do they have it or not? Especially if Crosby is out for Game 7, and if the Rangers do their job minimizing the impact of Jake Guentzel, who else steps up to fill in the gaps? Bryan Rust has seven points in the playoffs. Jeff Carter has four goals in this series to date. Evan Rodrigues has three points in six games. The Penguins will have to throw the kitchen sink at Shesterkin to advance; this is not the time to hold back for anyone on Pittsburgh's bench with access to a puck.

Wyshynski's X factor:Shesterkin might still have the sound of Penguins fans chanting his name as he takes the ice in Game 7, haunting him along with his performance in this series. The likely winner of the Vezina, Shesterkin has given up three or more goals in five of six games in the series, getting pulled twice in Pittsburgh. Yes, there have been odd bounces. Yes, the defense in front of him needed to be better. But these were the things that Shesterkin handled brilliantly in the regular season that have just not translated to the postseason.

All of that gets overwritten with a stellar Game 7, with a performance that mutes any "but can he win in the playoffs?" debate before it has a chance to develop.

Path to victory for Dallas: Pick up the pace. The Stars' Game 6 win was arguably their most kinetic effort of the series, using their speed to create offensive chances and get back to interrupt Calgary rush attempts.

The other key to Game 7 is to hope that the Stars' stars are the difference-makers. The line of Joe Pavelski, Roope Hintz and Jason Robertson had a scoring-chance advantage of 12-1 at 5-on-5 in Game 6 and scored a goal courtesy of Hintz. This was one of the most dominant lines in the regular season, and it can do the same in Game 7. If goalie Jake Oettinger continues to hold up his end of the bargain, Dallas is in business.-- Wyshynski

Path to victory for Calgary: Shut down the Joe Pavelski line. That's it. That's the key.

Calgary proved throughout the regular season to be a formidable, stiflingly good defensive team. For all of their own high-octane talent, what the Flames can't have is a repeat of Game 6, in which they're trading rush chances and getting frustrated that Oettinger is repeatedly up to the task of stopping them (side note: Calgary knows traffic in front of the goaltender is allowed right?). The Flames slamming the door and yelling on the bench won't help; injecting that passion into sound defensive-zone play, smart breakouts and a punishing forecheck that slows Dallas' best line will put Calgary on a fast track to the second round. -- Shilton

Shilton's X factor: Elias Lindholm has been the Flames' most consistent on-ice presence in this series. There is rarely an ounce of flash to what he does, but Calgary doesn't need that. What the Flames need is quiet confidence and leadership to not let a terrific opportunity slip away. That's what Lindholm can offer. He's as likely as anyone to put pucks in the net. He can win a critical faceoff in any zone, and it genuinely feels like he can make a difference every shift. Lindholm shouldn't still be underrated. After Game 7, he might never be again.

Wyshynski's X factor: This is why the Stars signed Pavelski in 2019. They wanted that player who could make a key play in a playoff game, whether it was on the defensive end or in scoring that one goal that puts them over the top. He has three goals and two assists in six playoff games against Calgary this postseason. He's fourth among active players with 64 postseason goals. Undoubtedly, he'll factor into whatever the Stars do in Game 7. It's just a matter of how much of a factor he'll be in the game. 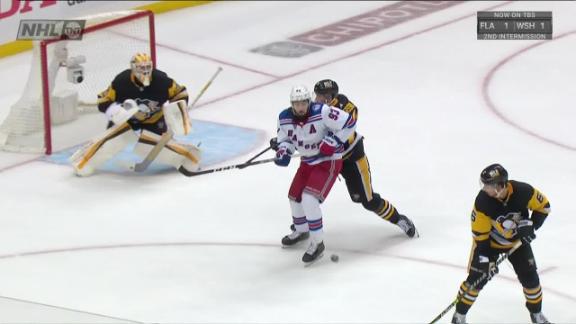