Aaron Judge, Yankees teammates took time out to 'be honest with each other' in players-only meeting 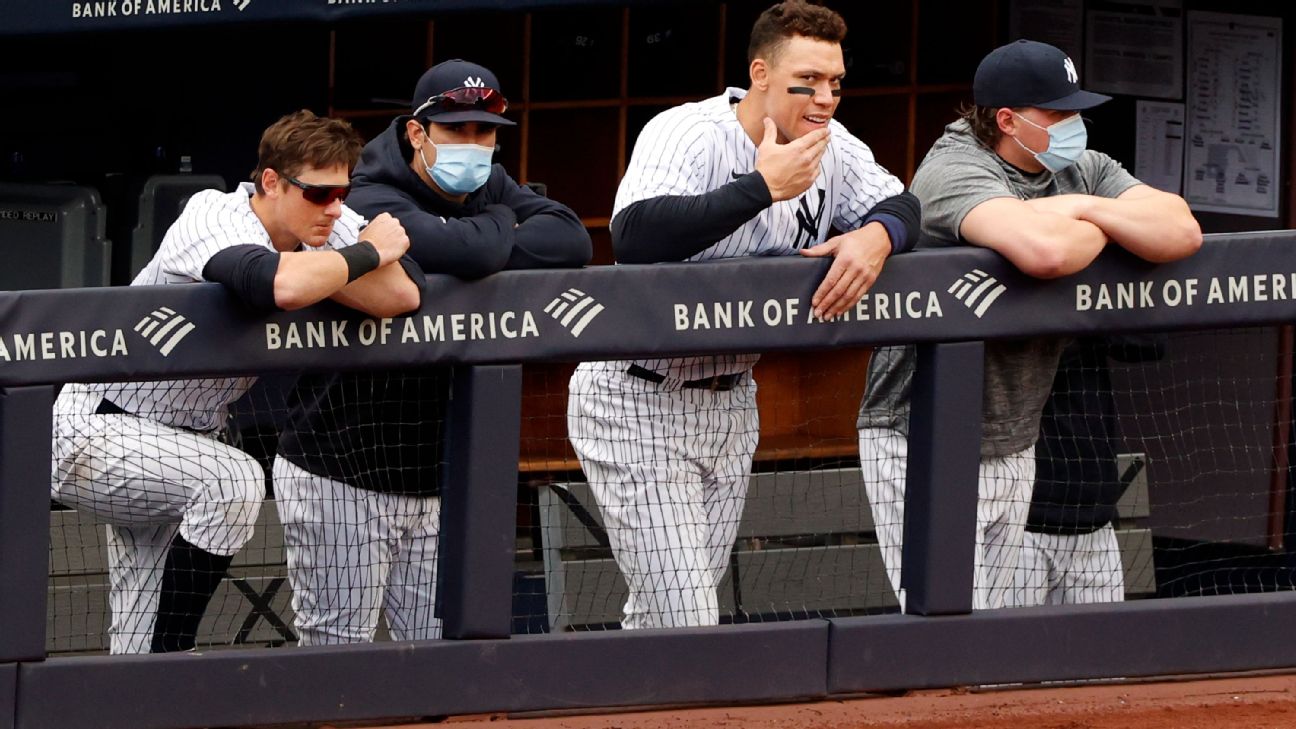 NEW YORK -- The New York Yankees held a players-only meeting earlier this week, called by All-Star outfielder Aaron Judge, to air out their issues amid a deepening slump.

Judge said that he requested the sit-down on Tuesday to speak to the struggling Yankees as a group but declined to offer specifics on what exactly was discussed.


"Just [had] some things on my mind, some things I've been seeing over the course of the year," Judge said Friday afternoon before the first game of the 2021 Subway Series was rained out. "Usually around the All-Star break is the time where you have a meeting and guys kind of address things going into the second half. But I felt like there's some things that couldn't wait until the All-Star break to get brought up.

"It was a good time for a lot of us to be honest with each other," he added. "Maybe [say] some things on our mind. ... All the best teams I've been on, you're able to say what you need to say to somebody and not let somebody's feelings get hurt. It was a good meeting. There was a lot of emotion, but I think overall it was great for the team."

Judge did not elaborate, but the meeting happened two days before owner Hal Steinbrenner addressed the media and singled out his players as responsible for the Yankees' season spiraling downward. The Yankees (41-39) entered this weekend's series fourth in the AL East, nine games behind their archrivals Boston Red Sox.

Steinbrenner alluded to the meeting Thursday, described it as "fiery," and said the message could be more effective coming from a player than it would be from a coach or a front-office executive.

"They had a team-only meeting a couple days ago which, in my opinion, is always the best type of meeting," said Steinbrenner, who also threw his support behind manager Aaron Boone and GM Brian Cashman, saying he would not have a "knee-jerk reaction" to the Yankees' woes.

Judge was in complete agreement.

Also ahead of the start of their interleague play against the New York Metsthis weekend, the Yankees placed left fielder Clint Frazier on the injured list with what Boone said was "vertigo." Frazier, who was taken out of Wednesday's game after complaints of dizziness, is still undergoing "a battery of tests," Boone said.

Boone has not said this stems from Frazier's previous concussion issues, but he did not discount it either. Frazier was diagnosed with a vestibular concussion in 2018, which took him a significant amount of time to recover and can have an extended effect on spatial recognition and balance.


"We've kind of started that battery of tests here these last couple of days, and it's been pretty extensive. When we have all that information, full clarity, we'll have a better answer for you," Boone said of placing Frazier on the IL. "Not a lot of detail right now for you other than a number of tests -- doctors, hospital, things like that, just trying to [see] if we can uncover something or get to the bottom of anything. So it's a litany of tests that he's going through."

According to Boone, Frazier did not alert the club of any dizziness until he was taken out in the second inning of Wednesday night's game vs. theLos Angeles Angels.

The move to the injured list is retroactive to Thursday, and outfielder Tim Locastro, obtained a day earlier from Arizona for right-hander Keegan Curtis, was added to the active roster.

Meanwhile, Friday night's rained-out Subway Series opener was rescheduled as part of a day-night doubleheader on Sunday at 2:05 p.m. and 7:05 p.m. Each game will be set to go seven innings under pandemic rules. 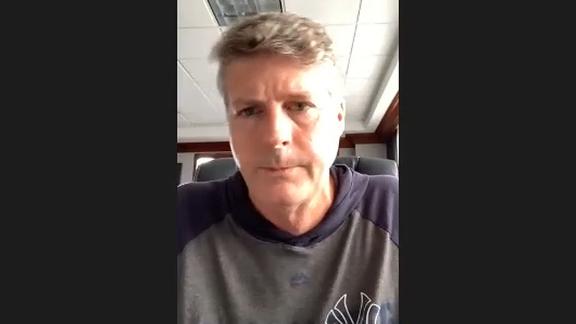