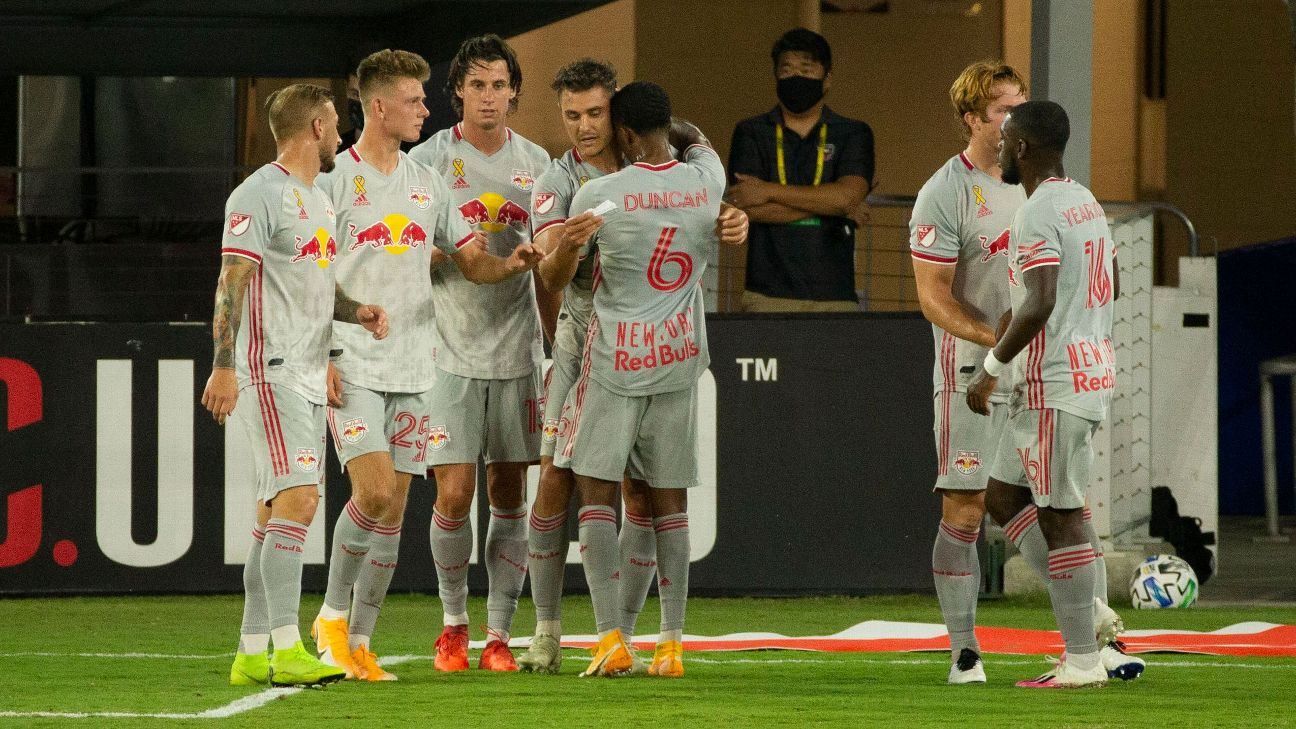 - GonzaloHiguain arrives in Miami ahead of MLS move

Long returned to the lineup after missing Sunday's 3-0 loss to the Philadelphia Union with a hamstring injury and ended New York's 263-minute scoreless drought by converting a spectacular header after Alejandro Romero Gamarra executed a perfect free kick over D.C's defense in the 29th minute.

Royer got his first goal since the season opener by using his left foot to flip the ball into the net from the right side of the box.

New York goalkeeper Ryan Meara made four saves before exiting in the 62nd minute with an apparent left leg injury. David Jensen finished the game and his lone save was a leaping right-handed stop on Federico Higuain in the 71st minute.


Meara exited after getting his left leg taped up in the 53rd minute.

Meara's best sequence occurred late in the first half to preserve the 1-0 lead.

The United were blanked for the second time this season. D.C. finished with eight shots in a game in which they possessed the ball for 62 percent of the time.

D.C. goalkeeper Chris Seitz made his fourth straight start in place of Bill Hamid and finished with four saves. 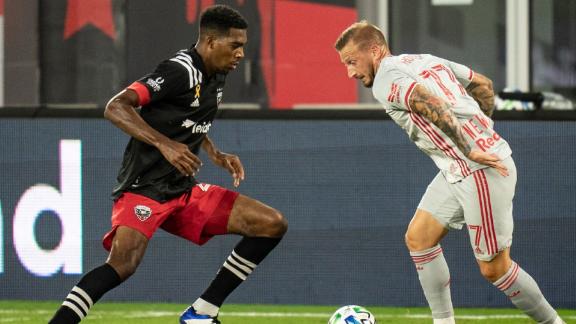 D.C. United goalless again in loss to Red Bulls
D.C. United can't find the net for the second game in a row in a 2-0 loss to rivals New York Red Bulls. Watch MLS on ESPN+. 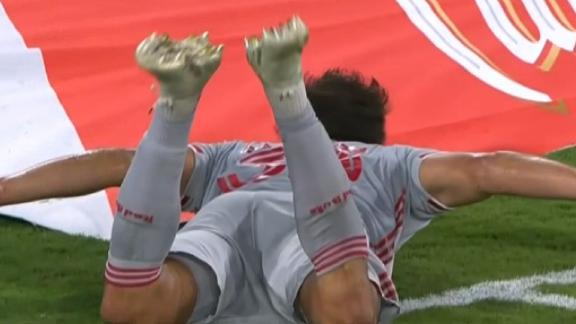