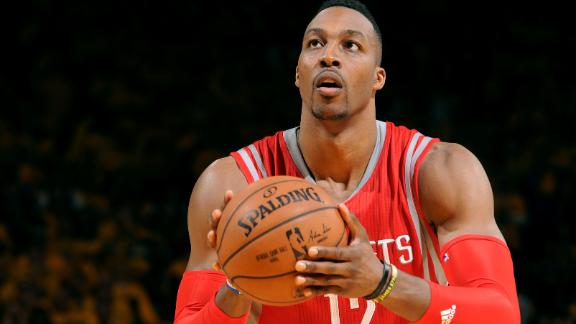 NBA commissioner Adam Silver, a little more than three months after saying that rules regarding the "hack-a-player" strategy were unlikely to change, has changed his mind.

"I'm increasingly of the view that we will be looking to make some sort of change in that rule this summer," Silver told USA Today Sports."Even for those who had not wanted to make the change, we're being forced to that position just based on these sophisticated coaches understandably using every tactic available to them. It's just not the way we want to see the game played."

Silver told ESPN in October that he was "conflicted" on the issue because he sees both sides of the argument about whether the league should do more to try to prevent teams from intentionally fouling poor free throw shooters.

In October, Silver put the onus on players being fouled to get better at fundamentals, saying "a guy's got to be able to make his free throws." Now, however, as coaches have increasingly employed the strategy this season, Silver has heard enough public outcry to take a side.

"As I travel around the league, there's that one school of thought [that] 'guys have got to make their free throws,'" Silver told USA Today. "But then at the end of the day, we are an entertainment property, and it's clear that when you're in the arena, that fans are looking at me, shrugging their shoulders with that look saying, 'Aren't you going to do something about this?'"

"At the end of the day, it's a strategy of the game and whatever it takes to win," James said. "If that's a part of the game and you have a guy that is a bad free throw shooter and you put him on the line, that's a part of strategy. That's no different from a guy that can't shoot well from the outside and you try to make him shoot bad from outside or if a guy is turnover-prone and you put pressure on him. It's all part of strategy."

James added: "I don't think anyone's going to bring up, at the end of the day, the 'Hack-A-Shaq' is the reason our game isn't good."

Drummond, for instance, was intentionally fouled 21 times and set an NBA record when he missed 23 free throws -- out of 36 attempts -- in a victory against the Rockets on Jan. 21. A week later, the Sixers' Nerlens Noel hopped on Drummond's back -- piggyback style -- during a teammate's free throw attempt. The Clippers' J.J. Redick also jumped on Drummond's back earlier this season.

"Clearly that's not a natural basketball move," Silver told USA Today. "That's something that, in my view, we need to address quickly because ultimately there's nothing more important than the health and safety of our players. Again, I think that's an accident waiting to happen with guys jumping on each other's shoulders just trying to attract officials' attention to call a foul."

'Hack' flak: NBA commish wants change to rule
ESPN NBA Front Office Insider Amin Elhassan discusses why the hacking has to go and how they can get rid of it.