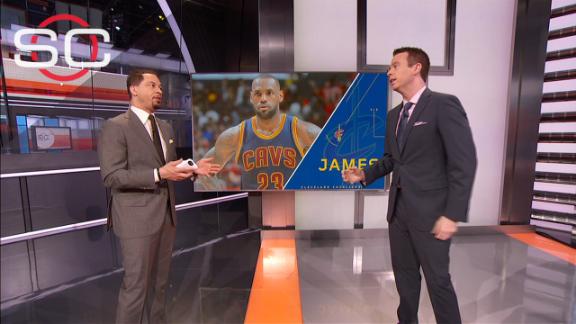 Finals MVP LeBron James will not exercise his player option with the Cleveland Cavaliers for the 2016-17 season, according to his agent, Rich Paul.

James, who had to inform the Cavs of his decision by Wednesday at midnight, will become a free agent July 1 for the third straight summer.He was slated to earn $24 million next season.

Though he has opted out, James can re-sign with the Cavaliers and said last week he has no intentions of leaving Cleveland again.

"I love it here in Cleveland. I have no intentions of leaving," James told ESPN's Dave McMenamin during the Cavaliers' championship parade. "There are some technicalities to take care of I'll leave up to my agent. That's right from the horse's mouth."

On Tuesday night, however, Paul gave no insight into what type of contract his client would eventually sign with the Cavs or what the timetable is for his expected return to Cleveland.

James, who turns 32 at the end of December, completed the second season of his return to Cleveland by leading the Cavaliers to an NBA title. He was unanimously voted MVP of the Finals after averaging 29.7 points, 11.3 rebounds and 8.9 assists with an effective field goal percentage of 53.3. He became the third player to record a triple-double in Game 7 of the Finals, joining Jerry West in 1969 and James Worthy in '88.

James previously won consecutive Finals MVPs in 2012 and '13, when he won his first two titles with the Miami Heat.

During the 2015-16 regular season, James averaged 25.3 points for the second straight season but also 7.4 rebounds and 6.8 assists.

Despite a coaching change that saw Tyronn Lue replace David Blatt during the season, the Cavs finished with the best record in the East and lost just two games en route to claiming the conference championship and earning a rematch with the Warriors in the Finals.

During that run, James appeared to enjoy seeing the growth of the Cavaliers' Big Three, comprising himself, Irving and Kevin Love.

Now with teams set to spend with the salary cap rising to a reported $94 million, James dips his Nikes back into a free agency pool that includes Kevin Durant. And again, James will have a major impact on the balance of power in the NBA and could sign a deal that would give him a max salary of roughly $30 million.

If James takes another one-year contract from the Cavs, he would make $27.5 million for next season. This is because the Cavs don't have salary-cap space and don't have James' full Bird rights, which limits the size of the raise he can get.

He certainly will be looking to maximize his best chance to win a championship.

James said during the Finals that he and the Cavaliers have learned quite a bit during their second stint together.

"I don't think anyone was prepared for me returning and understanding what the situation was going to entail," James said when asked how prepared Irving was for his role to change with James back in the fold two years ago. "I mean, that's everyone here. You know, they had gone through some losing seasons in my previous stint before I came back, so they knew they were getting a pretty good basketball player and a great leader and a good person, and someone that was going to command excellence.

"But I don't know if they understood the day-to-day process of being in this situation was going to entail," James said. "So it's been a learning experience for everyone that's been a part of it to this point, and including myself. I've actually learned some things as well about the guys and about how to be patient with younger guys and things of that nature. But if I could look at the first day I returned to now, our floor general, Kyrie, has become such a great leader."

Information from ESPN's Ohm Youngmisuk was used in this report.