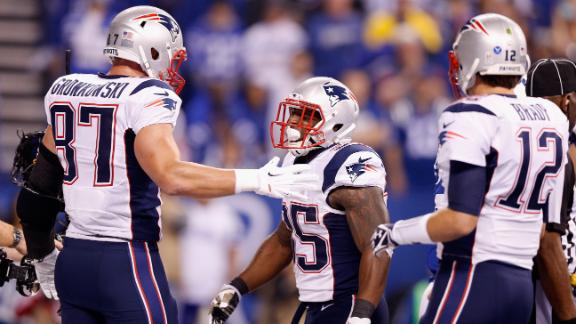 Bradshaw will undergo testing on Monday to determine the injury's severity and whether surgery is needed.

Bradshaw, who suffered the injury in the second half, was on crutches with a boot on his left foot when he departed the locker room after the game. He also wore sunglasses, possibly to hide his frustration.

"To see a brother go down, especially one I'm around all day, every day, is real tough," fellow running back Trent Richardson said. "That's a brother, and it's heartbreaking to see a guy down like that. We're going to see what they say [Monday], but at the end of the day, we have his back.

"Whenever he gets ready to come back, if he does this year or next year, whenever it is, there's going to be open doors for him."

Bradshaw wasn't the only Colt to leave the locker room in a walking boot. Tight end Dwayne Allen was also in one. He suffered an ankle injury in the first half and will undergo an MRI Monday.