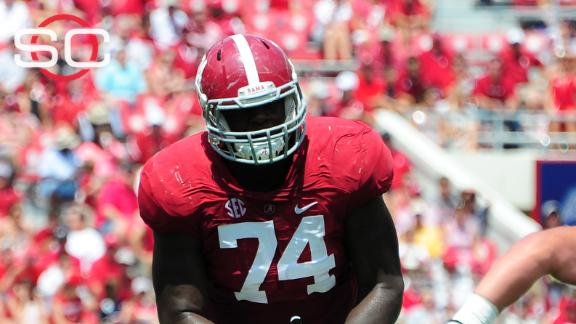 The stolen gun charge is a felony, while the others are misdemeanors.

Teammate and backup defensive back Laurence "Hootie" Jones, who was allegedly a passenger in the vehicle Robinson was driving, was also arrested on possession of a controlled substance and illegal carrying of a weapon.

Both players were released on bond Tuesday, according to an Ouachita Parish Sheriff's spokesman, who didn't know the bond amounts.

According to the police report, an officer approached their vehicle at a park that was closed and "detected the strong odor of marijuana." The report alleges that a bag of marijuana and a handgun were in plain sight and a stolen handgun was found under the passenger seat.

"We are aware of the situation involving Hootie Jones and Cam Robinson and are in the process of gathering facts to determine what internal action needs to be taken," Alabama coach Nick Saban said in a statement.

He had six knockdown blocks in the playoff semifinal game against Michigan State and two more in the national championship against Clemson while not allowing a sack in either game.

Alabama players rose to their teammates' defense on social media.

Safety Ronnie Harrison posted on Twitter: "I know both of them personally neither one of them would just steal a gun. Let's be real."

In another Twitter post, defensive lineman Da'Shawn Hand said: "You can do a million things right. As soon as you make one mistake you magically just become a menace to Society... Don't make sense."

Jones (6-2, 215 pounds) is from Monroe, Louisiana. He was regarded as one of the nation's top safety prospects out of high school but has played sparingly. 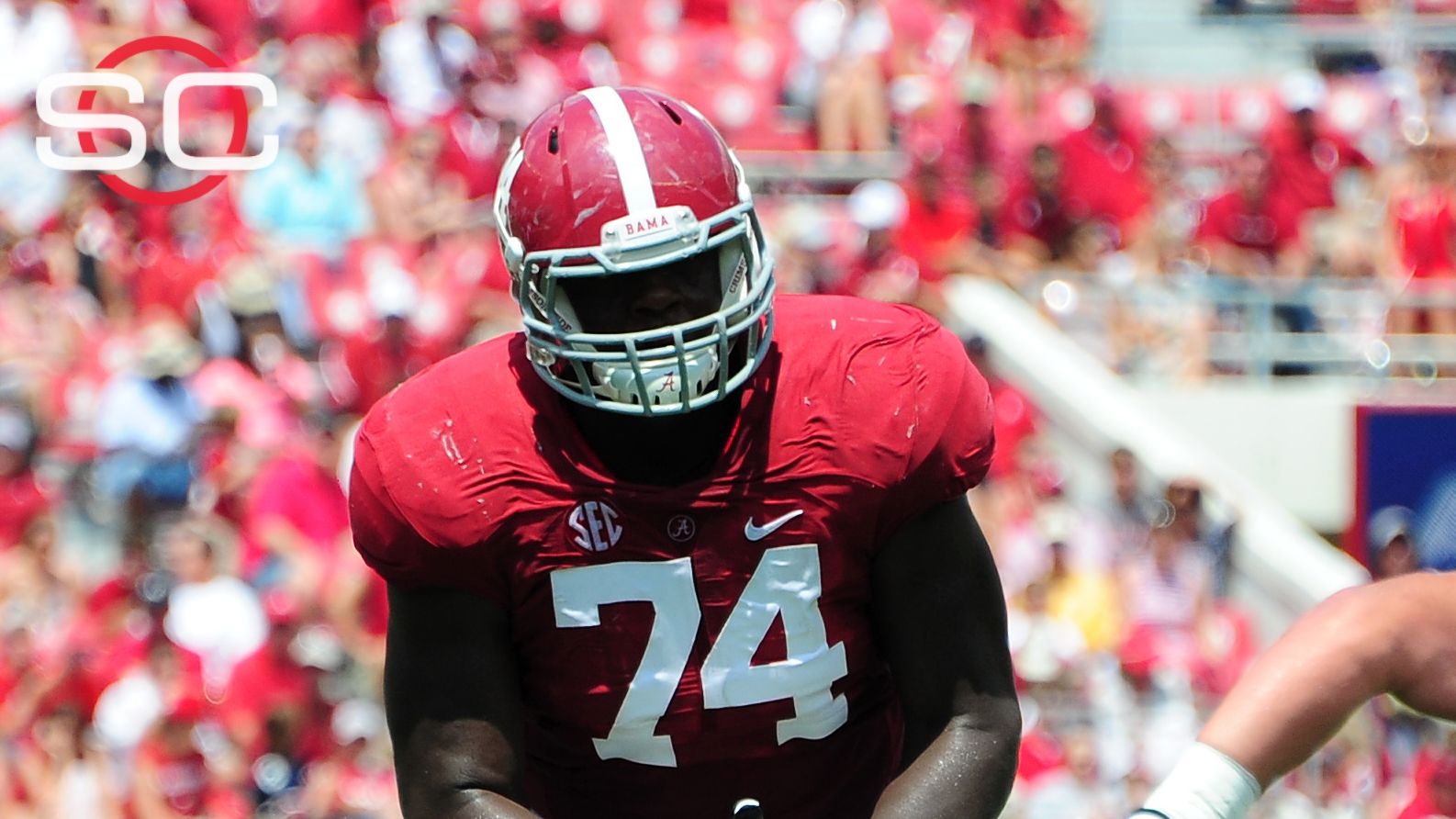