Alex Rodriguez: I was with mom during Derek Jeter's ceremony 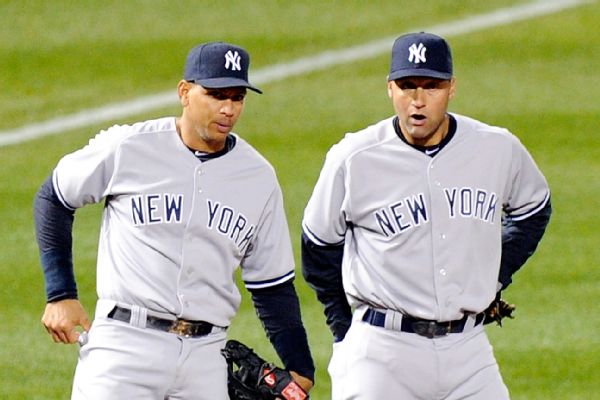 KANSAS CITY, Mo. -- Alex Rodriguez was noticeably absent from Derek Jeter's No. 2 retirement ceremony Sunday at Yankee Stadium. What no one has been able to fully answer is, was A-Rod even invited?

When asked Wednesday if he was, Rodriguez said this: It was Mother's Day.

"I was with my mother," A-Rod said, declining to elaborate.

A-Rod said he watched the whole ceremony on TV and lavished the event with praise. He mentioned he used social media to honor Jeter.

"I especially liked Dr. Jeter and Mrs. Jeter on the field," Rodriguez said, referring to Jeter's parents. "It was a great day and very well deserved."

A-Rod and Jeter were once close friends, but Jeter iced out Rodriguez after a 2001 Esquire article in which A-Rod played down Jeter's impact as a player. The lingering resentment was a constant story when the two were teammates with the Yankees. They have claimed they have smoothed things over.

On Sunday, when asked why Rodriguez wasn't in attendance, a Yankees spokesman referred the question to Rodriguez's spokesman, who said Rodriguez was in Miami with his mother.