Woman walks highline in high heels in the rain 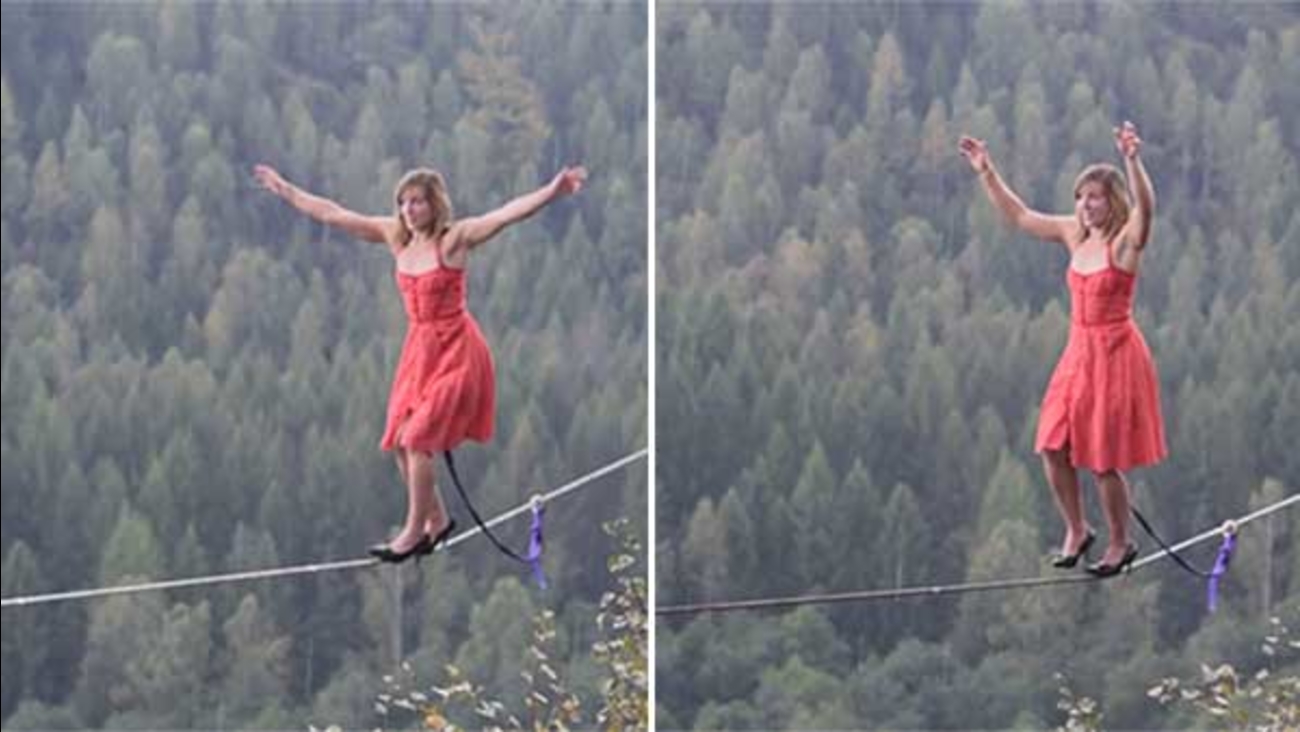 That's what Faith Dickey accomplished, and the photos to prove it are pretty incredible. 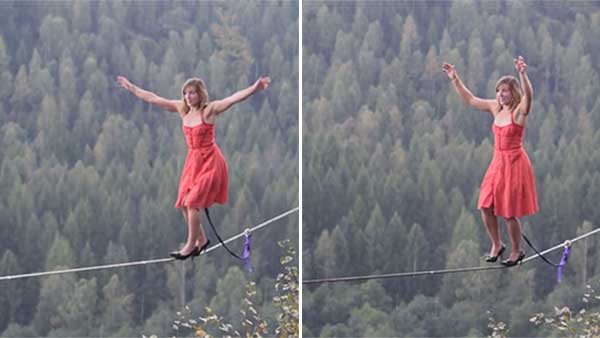 Woman walks highline in high heels in the rain
Record-holding highliner Faith Dickey talks about how she took the extreme sport to the next level by walking in high heels.

"It was extremely challenging, some even thought impossible," Dickey told ABC.

But she did it. And she managed to have fun along the way.

"The shoes were not ideal -- they were a few sizes too big," she said. "Despite the challenge I really enjoyed the humor of the moment."

Dickey, who has been slackilining for about six years, is known in the sport's community as "That Slackline Girl." The Austin native has broken the female world records in at least four categories, Adventure Journal reports. Some of her records are in an extreme version of the sport known as "highlining," which is walking across a slack line high off the ground.

High-heeled highlining then, could be considered the doubly extreme version. Dickey said this was the second time she pulled it off, and it was part of the fifth annual Girls Only Slackline Festival.

Dickey stressed that her sport is different from tightrope walking, which is what many people may think of when they picture someone walking across a line high above the ground. The difference is in the name: Tightrope walking involves a line that is taut, while slacklining (and its extreme companion, highlining) involves a rope that is slack -- and therefore bouncy.

The festival is organized to encourage women to feel confident with the sport, Dickey said.

"Part of the fun at the Girls Festival is defying stereotypes and empowering women," she said. "One way we do this is by practicing the extreme sport of Highlining while wearing dresses and costumes, and high heels in my case."

Dickey said about 30 women came out to the fifth annual gathering. 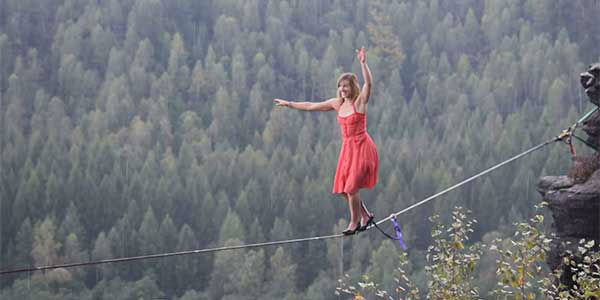 Record-holding highliner Faith Dickey talks about how she took the extreme sport to the next level by walking in high heels.

This is not the first time one of Dickey's feats has been shared widely. In 2012, she was in a Volvo commercial where she slacklined between two trucks...while they were moving. That video has more than 10 million views. 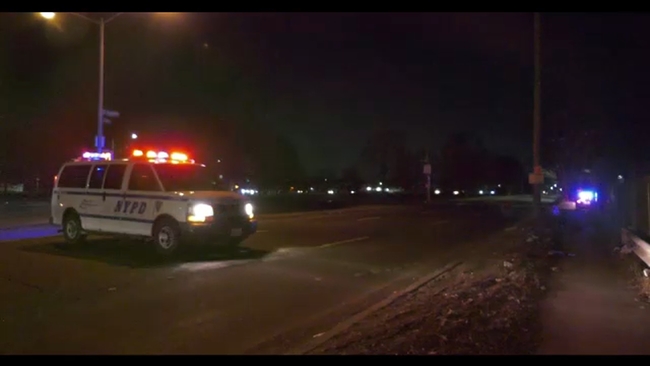