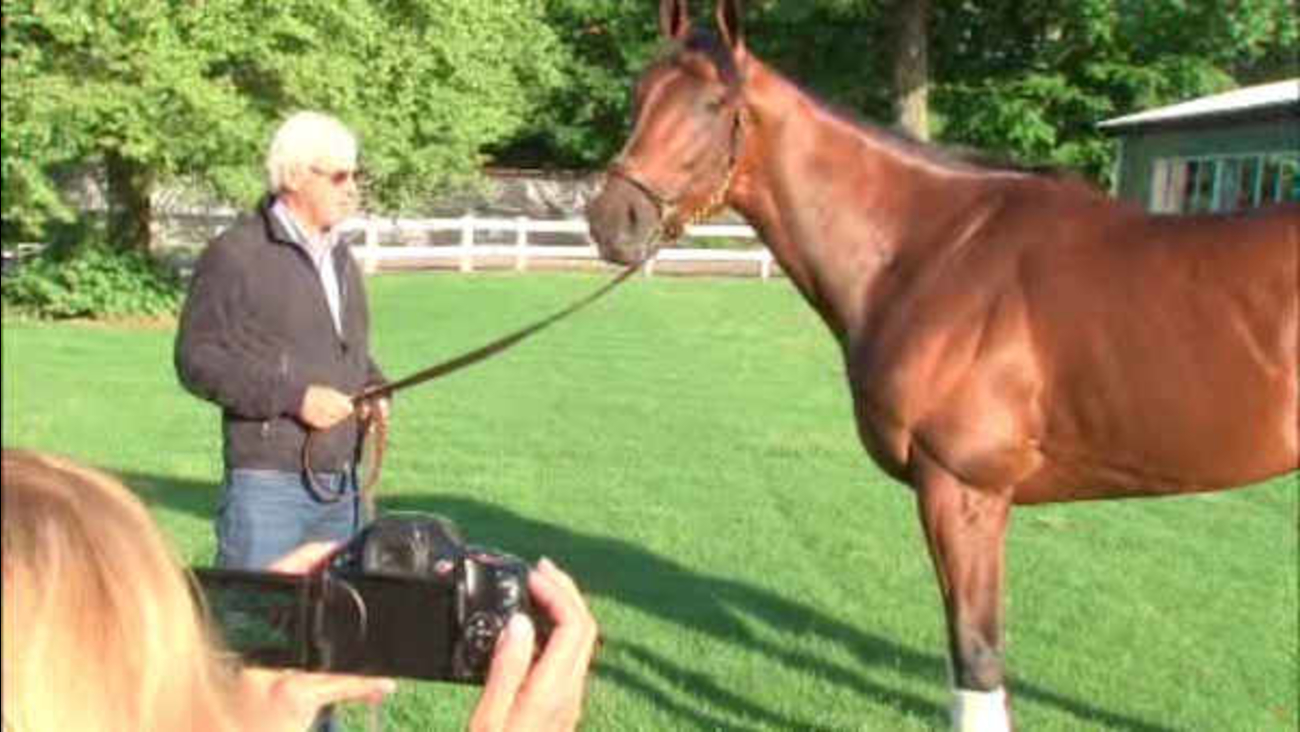 After landing at Atlantic City airport, racing's biggest attraction was led off the plane, then escorted by New Jersey State troopers for the final leg of the journey. The van he was loaded into was decked out like Taylor Swift's tour bus with his name splashed across the side.

A cluster of reporters awaited him when the van pulled into the Monmouth barn area shortly after 4 p.m.

As usual, American Pharoah was cool and collected, even on a blazingly hot afternoon on the Jersey Shore. He calmly stepped off the van, took two short turns outside the barn where he will reside through the race before heading into the shade for a bath and a nap.

The transit agency will also work with local law enforcement to make sure traffic moves smoothly on Route 36 to the Garden State Parkway.

NJ Transit says riders should buy roundtrip tickets in advance as there are no ticket vending machines at the track train station.