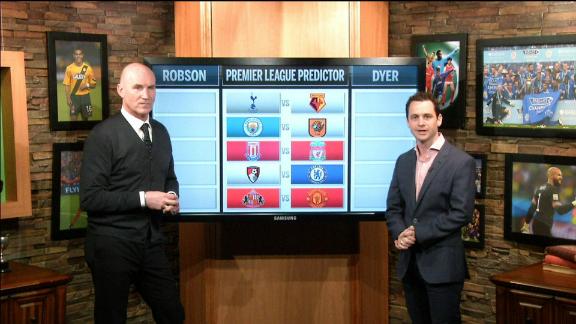 LONDON -- Antonio Conte has dismissed reports that he could be set to bring Andrea Pirlo to Chelsea in a coaching capacity, insisting that the New York City FC midfielder has no immediate plans to retire from playing.

Earlier this week former Chelsea assistant Ray Wilkins claimed that Conte had identified Pirlo as his chosen replacement for assistant first team coach Steve Holland, who is leaving to take up a full-time role on England manager Gareth Southgate's backroom team at the end of this season.

Chelsea stressed when announcing Holland's departure in December that he would not be directly replaced, but Pirlo's high-profile visits to Cobham and Stamford Bridge in recent months have led to speculation that he might become a more permanent presence under Conte.

Asked about the Pirlo reports in a news conference to preview Chelsea's match against Bournemouth, Conte said: "This is very strange, because Andrea Pirlo is playing and wants to continue to play. I don't know why someone would want to put this type of situation [out there] for me.

"But it's normal, this [speculation]. It's better for me to focus on the present, for me and my players. The present is more important than the future for all. I prefer to be focused on the present and try to finish this season, making this season a great season and not only a good season."

Conte also hit back at the latest speculation linking him with a move to Inter Milan this summer sparked by an interview given by Andrea Pastorello, brother of prominent Italian agent and Conte's friend Federico, earlier this week.

"I read this interview [with] Andrea Pastorello, and I don't know him," Conte added. "I don't know why this person has spoken about me. I think I stay here. I'm very happy to stay here. This is the most important thing. I don't like when I listen to other people speaking for me and about me.

"I have two more years of contract with Chelsea and this is the truth."

Asked why the Inter reports have proved so persistent, he added: "I don't know why. I think it's normal to try to involve my name in this situation. I worked in Italy and I think they want to come back for me in Italy. But it's normal, this, to [hear] a lot of things in this moment."

Conte has a full strength squad to choose from as Chelsea travel to Bournemouth after Victor Moses returned to first-team training on Thursday. The Nigeria international has recovered from the injury that kept him out of the international break as well as matches against Crystal Palace and Manchester City.

"Victor Moses trained with us yesterday and today," Conte said. "I have to check his situation and then make the best decision tomorrow for the team, but he is available. No other injuries."