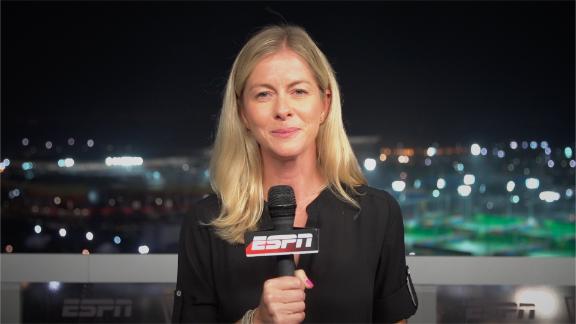 The 28-year-old American finished with 8,893 points to match the Olympic mark set by Roman Sebrle of the Czech Republic in 2004.He dug deep through the final lap of the 1,500 meters to cross the line third, incredibly matching exactly the Olympic record after 10 events over two days.

"How can't there be one stinking point in there somewhere?'' Eaton said.

Kevin Mayer of France was 59 points behind to take silver, and Damian Warner of Canada took bronze with 8,666 points.

Eaton made it back-to-back Olympic and world titles in the decathlon, an event the American has ruled since he rebounded from silver at the worlds in 2011 to claim the next four major gold medals available. From throwing to jumping to running, Eaton can do it all.

Eaton had briefly darted away from the decathlon to congratulate 400-meter-hurdles gold medalist Kerron Clement as his teammate knelt exhausted in the midday sun after winning the hurdles, an indicator of the feel-good emotion surging through the U.S. track team right now.

With three days of competition to come after Thursday, the United States was up to 23 medals in track and field after Eaton's triumph, including eight gold.