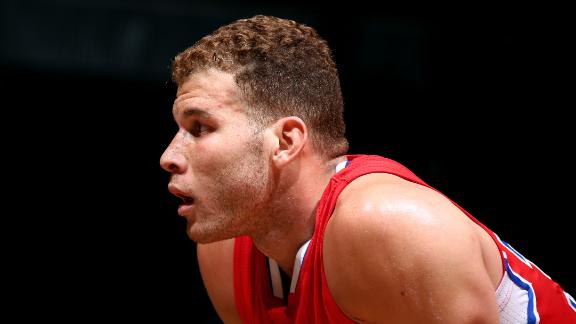 The Clippers announced that the surgery was successful and that Griffin will be re-examined in three weeks.

Multiple sources told ESPN on Sunday that Griffin could be sidelined up to six weeks. The All-Star forward has had to deal with bursitis in his right elbow throughout his career and routinely has it drained during the course of the season.

"It's probably what's expected, to be honest," Clippers coach Doc Rivers said. "At the end of the day, we're the Clippers. You see what you see. I feel very good about our team. Obviously we've lost some games, we have injuries and all that, but you go through them. You don't panic. You don't. All you have to do is look at history. The Spurs have done it. You go through stuff. We did it [in Boston] in 2010. We had a ton of injuries, and [people said], 'Break 'em up, trade 'em all,' and the next thing you know, we're in the Finals. I'll let you guys do all the panicking, and we'll just keep moving along."

Griffin most recently had fluid drained from the elbow Feb. 2, when the Clippers were in New York to play the Nets. He wore a sleeve on his elbow after the procedure and struggled in his next two games, prompting Clippers trainer Jasen Powell to send him to the hospital Saturday for an examination.

The Clippers' leading scorer, Griffin is averaging 22.5 points, 7.5 rebounds and a career-high 5.1 assists per game this season. He was third in the league's MVP balloting last year.

Rivers said Griffin should be able to start conditioning work in about two weeks.

Before playing the Dallas Mavericks on Monday, the Clippers did receive some good news on the injury front, as J.J. Redick, who had missed the previous three games with back spasms, and Glen Davis, who had to be helped off the court Sunday with upper back spasms, both were cleared to return. Redick started, with Davis coming off the bench in the 115-98 win.

Rivers said the Clippers will look to sign a player to a 10-day contract after the All-Star break and could be active in the market for players who become available after buyouts. One possible free agent is Ray Allen, who played for Rivers in Boston from 2007 to 2012 and is expected to announce his future NBA plans after the All-Star weekend.

"I don't know if we are or not, to be honest; we'll see," Rivers said when asked whether the Clippers are in the running for Allen's services, while adding that he had talked to him on the phone.

Blake Griffin Has Surgery
Arash Markazi breaks down the latest on Blake Griffin, who will miss at least three weeks after undergoing surgery to remove a staph infection from his right elbow.