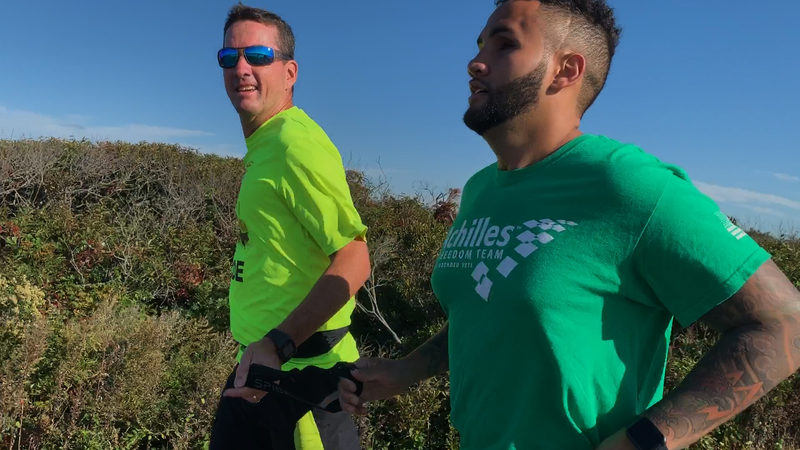 Before his life changed forever, Fernandez was on active duty with the Navy and enjoyed an active lifestyle. He was involved in a major motorcycle accident that broke almost every bone in his body and blinded him. Fernandez was determined from the start to stay fit and not let his lack of sight stop him from being like everyone else.

"People told me about the things I couldn't do anymore and I just kind of got fed up with that," Fernandez said." I didn't want people to tell me how to live my life, I wasn't going to let anyone else tell me what my limitations were."

Fernandez met his running guide, John Reynolds, through Achilles International, an organization which empowers people with disabilities to participate in mainstream running events.

Reynolds started training with Achilles International every Saturday in Central Park. Then he met Fernandez, who like Reynolds is from Long Island, and they decided to train closer to home.

The pair have been running together since last February and have found their rhythm just in time for the TCS New York City Marathon.

"It's just motivating to me to see how hard he works in spite of not being able to see, he doesn't let that interfere with his life," Reynolds said. "I think it should be an example for all of us, you know we're all going to have different things that happen to us in life, but to keep plowing on."

This won't be Fernandez's first time running 26.2 miles, but it'll be his first New York City marathon. He can't wait to hear the roaring crowds and take on this new goal with his guide and now friend, Reynolds, by his side. 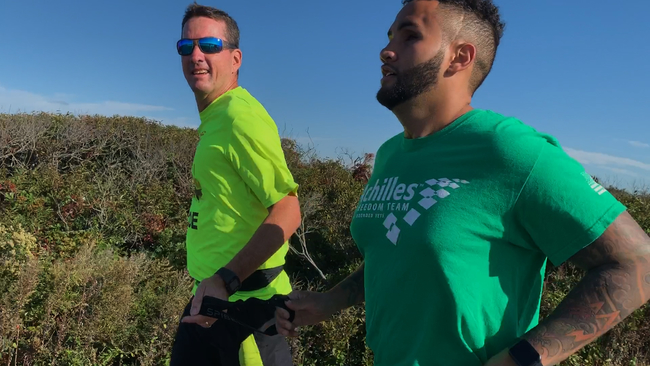