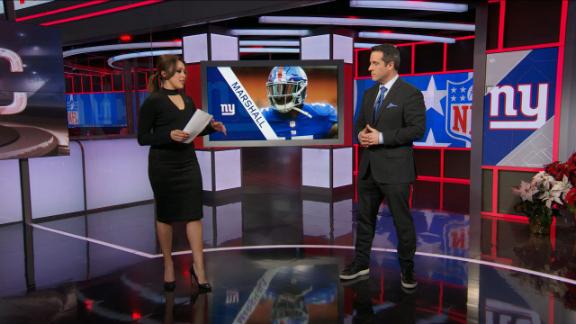 EAST RUTHERFORD, N.J. -- Wide receiver Brandon Marshall wants to return to the New York Giants next season. He thinks there are two quality years left in his 33-year-old body, and he wants to complete a résumé that will lead him to the Hall of Fame.

Marshall signed a two-year deal with the Giants last offseason. He missed the final 11 games of this season with an ankle injury that required surgery.

It hasn't stopped him from training and rehabbing at the team facility. He has been working as if there is life after 2017.

"I'm all-in on football. I've rebuilt my body. I think I'm two great years away from -- and I'll say it, I want to be a Hall of Famer, and I think I got two great years to go to be mentioned with some of the greats," Marshall said. "I'm not just playing this game just to be a guy; I want to be remembered for the product that I put out on the field.

"So these last few years have been tough, last year with the Jets, this year with the Giants. But I'm hopeful that the next couple years for me will be some amazing years and some of my best work."

Marshall is said to be progressing well in his rehab. He is already running and will be doing so without restrictions in a couple of weeks.

Newly hired general manager Dave Gettleman will have a decision to make. Marshall should be healthy and is signed for one more year. He could earn up to $5.5 million, but he produced just 18 catches for 154 yards in five games before suffering the injury and needing surgery.

Marshall understands the reality of the situation.

"You know how it is, you get to the plus side of 30, a production slip, you get injured, the business side of it, history says that you're going to get cut or they are going to ask you to take a pay cut," he said. "That's the business side of it, that's history. So I'm prepared for that. I've had a lot of change in my life, but one of the reasons why I came to this organization was for stability and also not to be an environment that we created this year, right? So I was looking for more stability, but I'm built for this and I'll learn from it."

Does that mean he would be open to a pay cut to return to the Giants?

Marshall is on his fifth professional team. He has played for the Denver Broncos, Miami Dolphins and Chicago Bears, in addition to the Jets and Giants. He has 959 career catches for 12,215 yards and 82 touchdowns. He's currently top 25 all time in catches and receiving touchdowns.

What's noticeably missing from his potential Hall of Fame résumé is playoff production. Marshall has never appeared in a postseason game throughout his 12-year career.

He was hoping that would change with the Giants. Instead, this season was a disaster. The Giants (2-13) lost three wide receivers for the season -- including Marshall and Odell Beckham Jr. -- in one Week 5 loss to the Los Angeles Chargers. It didn't get much better from there.

After experiencing his share of problems throughout his career, Marshall admittedly tried to lay low with the Giants. He said it felt good not to be in the middle of the drama for once.

The veteran receiver tried to play a different role with the Giants this year. He's one of the players embattled cornerback Eli Apple said he had conversations with throughout the season and offered advice.

Marshall is attempting to serve as a resource and mentor.

"I do have compassion for him. I talk to him and I want to spend time with him this offseason," Marshall said.

"And I told him it's not about football. I want to help him get through this because, from my story, I ended up in a mental institute for three months," Marshall said, referencing his journey to a borderline personality disorder diagnosis, which led to him becoming a passionate advocate for mental health. "I was in the outpatient program because, like so many other guys, we were Atlas, you know the guy who was holding up the world. You're holding up your family and everybody around, right? What that does to a person, especially a young kid fresh out of college with no life experiences, that can break somebody down."

Marshall knows. He says he made it through similar experiences early in a career that he hopes has a couple of years remaining. 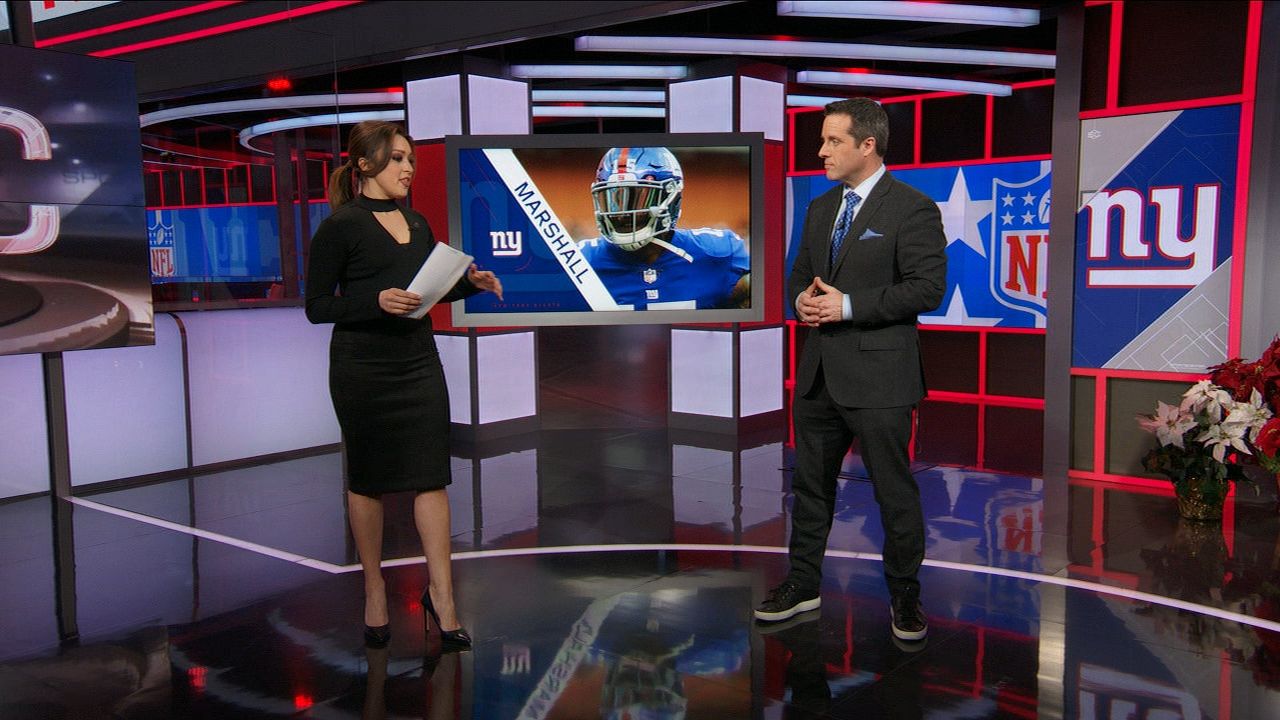