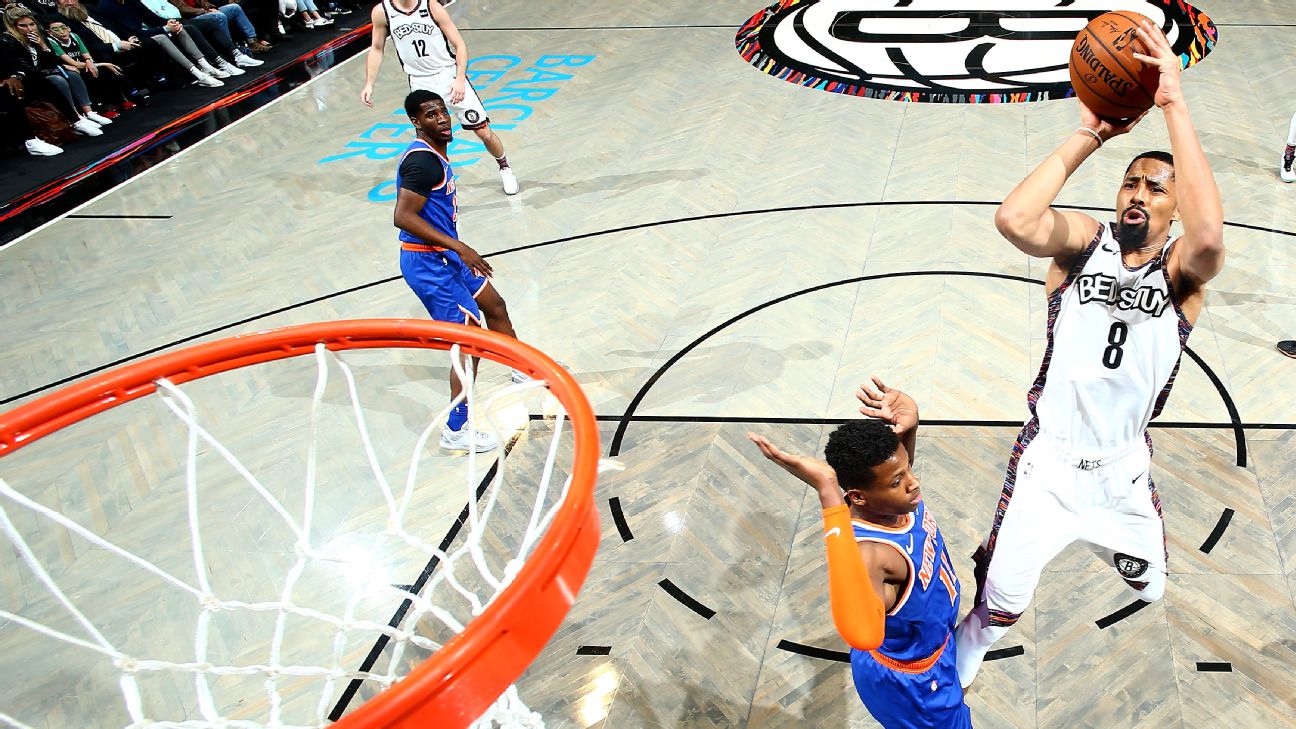 NEW YORK -- There have been times, after a loss, whenSpencer Dinwiddie would shuffle into the middle of a throng of reporters and dissect each mistake the Brooklyn Nets made. There have been times after losses when he scowled, sighed in disappointment and curtly answered questions.

After Thursday's 94-82 loss to theNew York Knicks, though, Dinwiddie couldn't help but crack a smile.

According to research by the Elias Sports Bureau, Brooklyn's eight 2-point field goals were the fewest by a team in any game since 1950, when the Fort Wayne Pistons and Minneapolis Lakers each made four field goals. That Lakers-Pistons game became famous for its final score of 19-18.

"We were all searching for our shot," Nets centerJarrett Allen said. "We could've moved the ball more, but at the end of the day we were all frustrated."

The game got ugly early on. Brooklyn built a small lead, but the Knicks went on a 15-2 run and quickly built a double-digit advantage. At halftime, Brooklyn trailed New York by five. The Knicks came out of the break on a 16-4 run. By the end of the third quarter, the Knicks had an 18-point lead.

New York would lead by as much as 23 points. Asked how it was possible that the Nets allowed a bottom-dwelling team to snuff out any offensive flow, Dinwiddie shrugged.

Perhaps rust played a factor. After all, the Nets hadn't played since Saturday. The one bright spot for the Nets was they held the Knicks to 94 points -- the third fewest Brooklyn has allowed in a game this season. Julius Randle led the Knicks with a game-high 33 points. The loss snaps a three-game losing skid for New York.

The Nets are about to embark on a tough Western Conference road trip, facing the Houston Rockets, Minnesota Timberwolves and Dallas Mavericks before returning to Barclays Center. 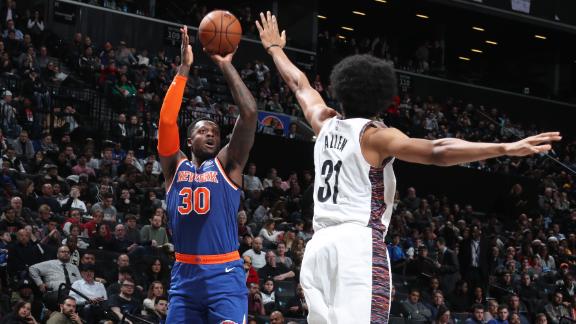