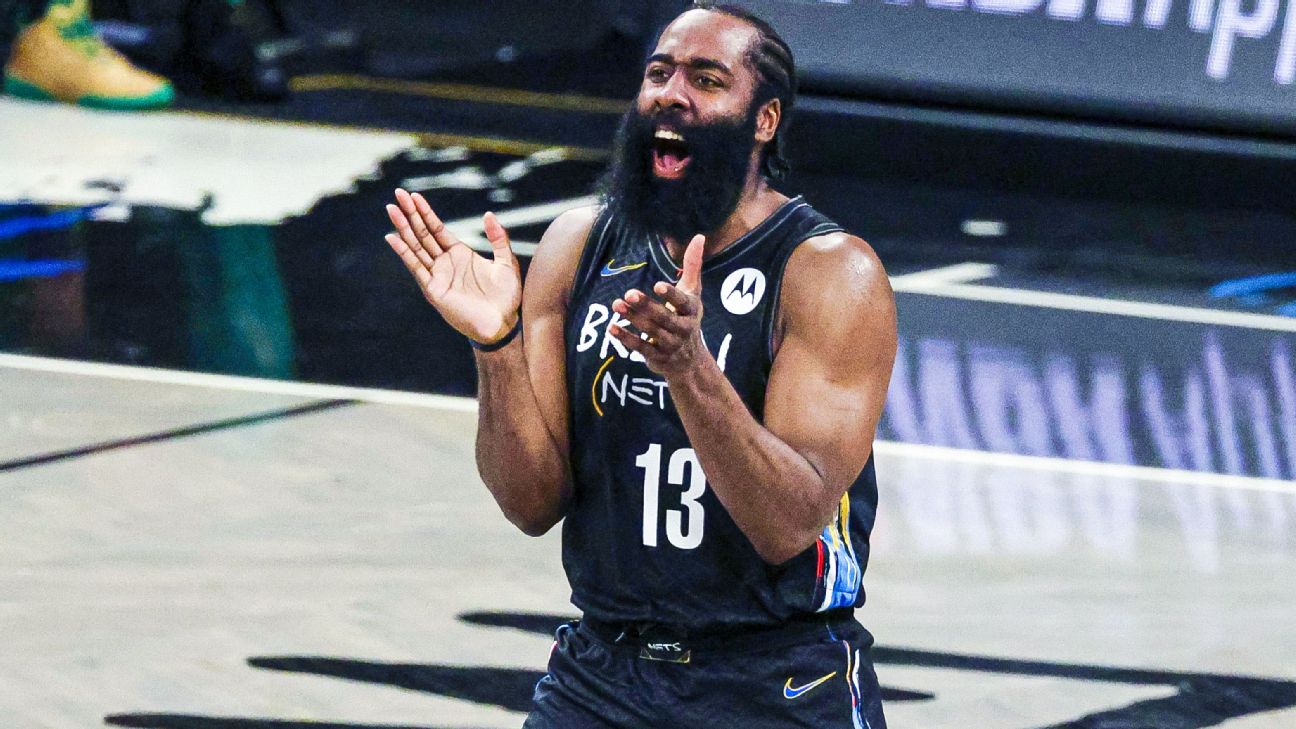 NEW YORK -- After a dominant 34-point, 10-rebound, 10-assist performance to help close out the Boston Celtics on Tuesday night at Barclays Center, Brooklyn Nets star James Harden was already looking ahead to the Milwaukee Bucks, the team's second-round opponent, by the time he sat down for his postgame news conference after the 123-109 Game 5 win.

"I'm thinking about them right now," Harden said after his fourth career playoff triple-double helped the Nets advance into the Eastern Conference semifinals for the first time since 2014. "Just the matchups and things that they do on both ends of the ball. Obviously, we know how good they are on both sides and their individual talents."


Milwaukee has had several days to rest since completing a sweep of the Miami Heat on Saturday. The Nets, meanwhile, will take Wednesday off before diving into film of the Bucks on Thursday, coach Steve Nash said.

The Nets were 1-2 against Milwaukee in the regular season, but they never played with their Big Three of Kyrie Irving, Kevin Durant and Harden all on the floor together. Durant said that there are some aspects the Nets will address from those regular-season matchups -- particularly the two games in May because the Bucks roster looked similar to the way it will in this series. The Bucks won both of those May matchups.

According to Elias Sports Bureau, Durant and Giannis Antetokounmpo will be just the fourth pair of opponents to face off in the playoffs after averaging 34 points per game or better against each other in three or more meetings in a single season.

After the Bucks beat the Nets on May 2, Antetokounmpo called Durant "one of the greatest scorers to ever play this game."

"Now, going against KD, James Harden, and all those guys -- I think everybody is going to have a chance on them," Antetokounmpo said Tuesday afternoon, before the match-up had been set. "We're going to try to throw things at them to see what works. At the end of the day right now, we're focused on ourselves as much as possible."

On Tuesday, Durant said there are several components to Antetokounmpo's game that make him dangerous in a playoff series, including his length, athleticism, the fact he "plays hard" and his competitiveness.

"He cares about his teammates, he cares about winning," Durant said. "You put that combination together, you make a tough player. And his game is expanding. He's hitting the turnaround J now, he's shooting 3s, so we got our work cut out for us. I mean he's a two-time MVP, defensive player of the year for a reason. So we're looking forward to the challenge."

Game 1 is Saturday night at 7:30 ET at Barclays Center. 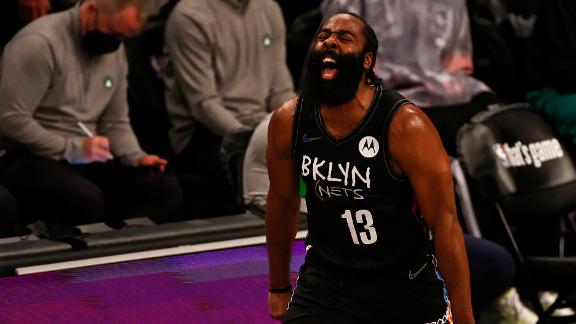